Notice: curl_setopt(): CURLOPT_SSL_VERIFYHOST no longer accepts the value 1, value 2 will be used instead in /home/admin/web/eastrussia.ru/public_html/gtranslate/gtranslate.php on line 101
 Emergency regime introduced in one of the areas of the Amur region due to flooding - EastRussia | Far East
News February 22 2020
Khabarovsk Krai 13:21 The case of the former deputy chairman of the Khabarovsk Territory was brought to court
09:00 Experts named the regions with the highest rental prices
08:15 Expectant mothers will be saved from bureaucracy with patrimonial certificates 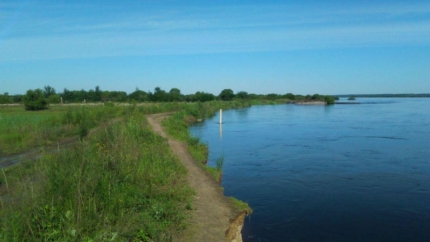 On the territory of Selemdzhinsky district in the Amur region introduced an emergency situation. The reason was the threat of flooding of residential buildings due to the growing level of the river Selemdzha.

According to the press service of the regional government, the situation is under the control of the head of the district. To ensure the safety involved all services.

Due to a sharp rise in the water level in the Selemdzha River, two sections of the road were flooded. Because of this, cut off from the transport message remained three settlements: villages Olginsk and Zlatoust, as well as the village of Ivanovo. Directions for all modes of transport there is closed. Rescuers were sent to the area to help the villagers in the event of a deterioration of the situation.