Notice: curl_setopt(): CURLOPT_SSL_VERIFYHOST no longer accepts the value 1, value 2 will be used instead in /home/admin/web/eastrussia.ru/public_html/gtranslate/gtranslate.php on line 101
 Roman Kopin: It is necessary to level communication tariffs for the Far East - by analogy with electricity tariffs - EastRussia | Far East
News February 21 2020
Kamchatka 08:38 The brightest ethnic exhibition opened in Petropavlovsk-Kamchatsky
The Republic of Buryatia 07:34 Buryatia will receive 14 billion rubles for bridges and overpasses
Primorsky Krai 07:04 Primorye may not have enough land for the "Far Eastern mortgage"

The governor of the Chukotka Autonomous Region, Roman Kopin, at the request of the EastRussia correspondent, commented on the Message of the President of Russia to the Federal Assembly.

- With regard to Chukotka, two theses of the Message are key for the region, this is the development of telemedicine and air ambulance. Aviation is the only alternative transport throughout the district. Chukotka is among the 34 subjects who will receive new helicopters next year. Today sanavitsaya works for us on scheduled helicopters. The appearance in the region of specialized aircraft, equipped with the necessary equipment, will significantly increase the speed and quality of the necessary medical care.

At the same time, according to Roman Kopin, Chukotka AO is already taking the first steps towards the development of telemedicine. So, since the current year 7 villages in the Anadyr district are connected to the Chukotka district hospital, which allows for remote consultations. Next year the district plans to expand this network - to connect even more 50 settlements.

"At the same time, restrictions on communication channels hold us in the development of telemedicine capabilities," says Roman Kopin. "We have high tariffs for telecommunication services in the region, on the Internet, and in addition to hospitals, there are also schools that must receive certain training programs, and MFC, where citizens receive public services. It would probably be nice if tariffs for communication for residents of the Far East were revised - similar to how the initiative on equalizing electricity tariffs is developing today. 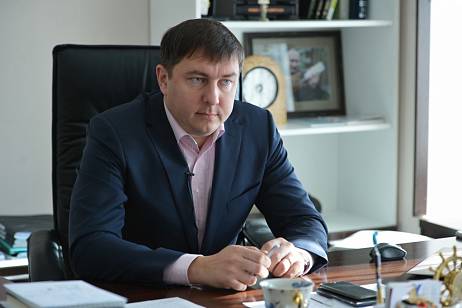 Interview "Quality of life is the main criterion in assessing power"