Notice: curl_setopt(): CURLOPT_SSL_VERIFYHOST no longer accepts the value 1, value 2 will be used instead in /home/admin/web/eastrussia.ru/public_html/gtranslate/gtranslate.php on line 101
 Russia broke the record for centenarians - EastRussia | Far East
News February 21 2020
Khabarovsk Krai 04:11 Suspected of bribery, the head of Vanino was arrested
04:00 The State Duma adopted a law on the expansion of the program capital
Trans-Baikal Territory 03:39 Conscripts withdrew claims in hazing case regarding Shamsutdinov


03:17 Siluanov: Russia's economy is losing 1 billion daily due to coronavirus
Kamchatka 03:00 The earthquake woke the inhabitants of Petropavlovsk-Kamchatsky
Primorsky Krai 02:41 The court allowed the resumption of the work of the enterprises of the ex-mayor of Vladivostok
Kamchatka 02:21 Without water and food left a village in Kamchatka
02:05 FAS: the situation with vegetable prices in the Far Eastern Federal District is stabilizing


Sakhalin Region 01:24 Current quotas for valuable fish will save Sakhalin
Primorsky Krai 01:03 Bailiffs stopped the work of a popular shopping center in Vladivostok
Irkutsk Region 00:49 Irkutsk residents became infected with a coronavirus on a cruise ship
Chukotka 00:26 A floating nuclear power plant in Pevek will be launched in the next six months
00:10 Post Bank reduced the rate for individual cash loans

February 20 2020
Khabarovsk Krai 14:10 They want to build a new CHP in Khabarovsk by 2025
Primorsky Krai 13:55 250 million rubles will be added to the social infrastructure of Primorye
Kamchatka 13:27 Trutnev: Kamchatka pulls the Far East back
Primorsky Krai 12:16 Shoot wild boars due to ASF virus going in Primorye
11:45 Airlines will receive compensation for the suspension of flights to China

Russia broke the record for centenarians 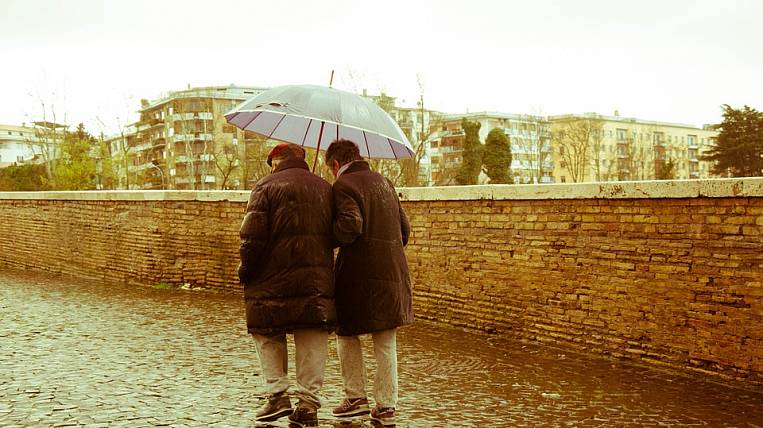 As reported "News" citing data from Rosstat, the number of centenarians in Russia has been growing at a steady pace for eight consecutive years. Such indicators demographers explain the increase in life expectancy and the improvement of statistical accounting - the most accurate data are obtained after the census.

Most centenarians are women. Ladies aged 100 years and older in Russia 20,5 thousand - this is 70% of all centenarians. Records pose new challenges for the state - now we need to solve the problem of accessibility of social and medical care for older people.

For the first half of the 2019 year in Russia, according to preliminary data, for the 0,8 year lifespan increased. Now she is 73,7 years.

Interview "We also ask ourselves: why does the dog run?"