Notice: curl_setopt(): CURLOPT_SSL_VERIFYHOST no longer accepts the value 1, value 2 will be used instead in /home/admin/web/eastrussia.ru/public_html/gtranslate/gtranslate.php on line 101
 MS-21 aircraft to be tested with Russian engine - EastRussia | Far East
News February 28 2020
Primorsky Krai 11:59 Preparations for WEF 2020 began in Primorye
11:25 Experts have estimated the possible loss of the budget due to the abolition of tax for the poor
10:24 Over a thousand hectares reported on land use

MS-21 aircraft will be tested with a Russian engine 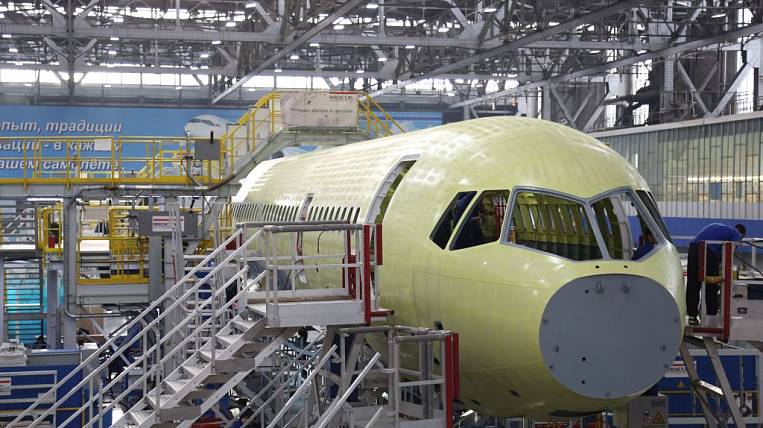 At the Irkutsk Aviation Plant completed the assembly of the fuselage of the aircraft MS-21-300. Now he is waiting for tests with the Russian PD-14 engine.

Docking of the half-bodies took place at an automated station. According to the press service of the aircraft factory, installation of systems will begin in the near future, as well as joining of wing consoles and tail units.

This year, the Russian government allocated from the federal budget 1,58 billion to subsidize the costs of the creation, production, sale and maintenance of aircraft of the MS-21 family. Due to the termination of the supply of composite materials from the United States, the completion of the project was decided shift for a year.

It was also stated that Russia could begin to cooperate in the production of the MS-21 airliner with the United Arab Emirates. Liner first shown abroadand the United Aviation Corporation signed agreements for the supply of 2019 aircraft at the MAKS-20 air show. At the same time, the corporation intends to bring the annual production of MS-21 up to 120 instances.

The fourth MS-21 joined the flight tests in Irkutsk