Notice: curl_setopt(): CURLOPT_SSL_VERIFYHOST no longer accepts the value 1, value 2 will be used instead in /home/admin/web/eastrussia.ru/public_html/gtranslate/gtranslate.php on line 101
 Aircraft Sukhoi Superjet 100 may be waiting for rebranding - EastRussia | Far East
News January 22 2020
03:00 The format of the development program of the Far Eastern Federal District was changed in the Ministry of Eastern Development
Trans-Baikal Territory 02:38 Defenders of the shooter Shamsutdinova from Transbaikalia demand to declassify the case
02:21 Trutnev retained the post of presidential envoy to the Far Eastern Federal District

Sukhoi Superjet 100 may be waiting for rebranding 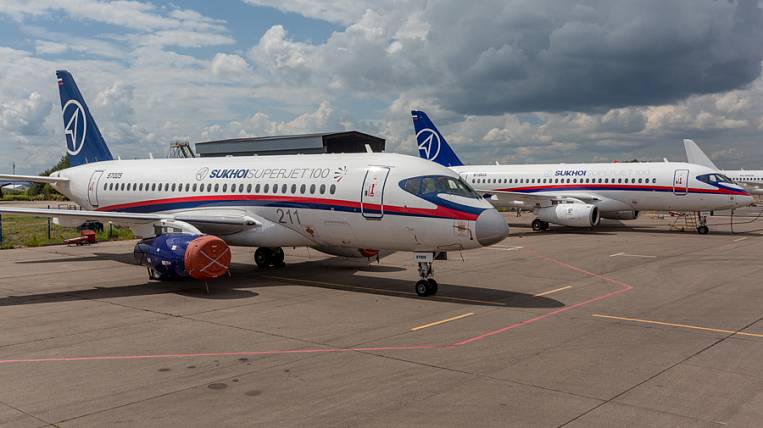 The head of Rostec, Sergei Chemezov, did not rule out the possibility of rebranding the Sukhoi Superjet 100 (SSJ 100) aircraft, which is produced in Komsomolsk-on-Amur. This is necessary after a series of problems, including a plane crash at Sheremetyevo Airport.

In the interview RBC Chemezov noted that the aircraft may acquire a new name. According to him, SSJ 100 needs to get away from strong dependence on foreign components, since now every Russian civilian airliner is unprofitable, the expenses of the United Aircraft Corporation have to be covered by military equipment.

Regarding the problems of the plane that the airlines are complaining about, Sergey Chemezov said that Superjet has “childhood illnesses” that are being worked out and will pass over time. According to the head of Rostec, for the aircraft to work reliably, demand is needed for it.

Recently, Deputy Prime Minister Yuri Borisov, recognized SSJ 100 uncompetitive for the price. According to him, the airliner depends on foreign components, while their prices are rising due to sanctions.

The problems of the aircraft were actively discussed after the disaster at Sheremetyevo in May of this year, when the SSJ 100 crashed landed and caught fire41 people died. The last foreign airline operating Russian Sukhoi SuperJet 100 — Mexican Interjet - now looking for buyers for Russian airliners.