Notice: curl_setopt(): CURLOPT_SSL_VERIFYHOST no longer accepts the value 1, value 2 will be used instead in /home/admin/web/eastrussia.ru/public_html/gtranslate/gtranslate.php on line 101
 Sberbank to help develop the economy of the JAR - EastRussia | Far East
News January 17 2020
17:43 Banks reduce mortgage requirements
14:30 Putin's rating increased after the announcement of the message
Amur Region 14:05 The prosecutor's office revealed 500 violations after firing at Amur College

Sberbank will help develop the economy of the JAR 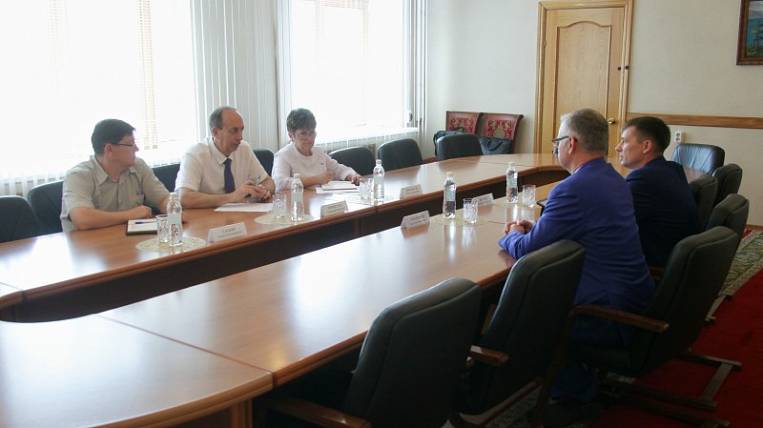 Sberbank plans to develop its network in the Jewish Autonomous Region and intends to open another division in addition to 19 operating offices. Governor Alexander Levintal, Chairman of the Far Eastern Bank Sberbank Dmitry Sukhoverkhov and the new head of Sberbank’s Birobidzhan branch Artem Yanarov discussed issues of cooperation to increase the availability of financial services for residents of the region and support business.

The interaction of the parties is based on an agreement on strategic partnership and the development of long-term cooperation in the financial and credit sphere. Sberbank plans to conduct pensioner financial literacy courses in the JAR. The bank also proposed to develop cooperation in the framework of public-private partnership with concessionaires in various fields, including housing and utilities.

According to the press service of the bank, at the end of last year, the first issue of a guarantee of the Fund “Investment Agency JAR” took place, the partner of which was Sberbank. The Fund and the bank have an agreement aimed at the development of lending to small and medium-sized enterprises by providing guarantees that secure the obligations of borrowers under loan agreements concluded with the bank. In 2018, four such guarantees were issued.

As Dmitry Sukhoverkhov noted, another focus of the bank’s work in the region is the implementation of a concessional lending program for small and medium-sized businesses at the 6,5% rate with the support of the Ministry of Economic Development of Russia. The service, created for the convenience of entrepreneurs, also operates, allowing to receive services of the MFC for legal entities directly at the bank’s branch on the principle of “one window”.

“In May of this year, an agreement was also signed on strategic partnership with the Chamber of Commerce and Industry to implement joint projects and create favorable conditions for the development of business in the region,” said the Chairman of the Far Eastern Bank Sberbank.

The head of the region, Alexander Levintal, stressed that the significance of Sberbank for the region is great, since more than half of the deposits of residents are kept in this bank. The same applies to loans to individuals and legal entities.

“The participation of the bank in investment projects and programs that are provided to individual entrepreneurs is also significant. I note that the regional government recently regularly takes budget loans to meet the needs of the region in Sberbank, which goes to the competition with profitable offers. In general, multilateral cooperation has been built up between the regional government and Sberbank, ”the governor noted.