The leader of "United Russia" again replaced in the Khabarovsk Territory 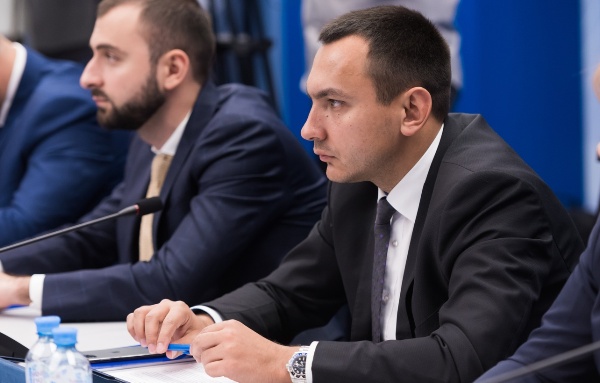 Photo: khabarovsk.er.ru
In the regional branch of the United Russia party in the Khabarovsk Territory, the head again changed. The acting secretary has been appointed Maxim Ivanov. He succeeded Sergey Ivanchenko, who resigned.

According to the press service of the regional party branch, the rector of the Pacific State University, Sergei Ivanchenko, resigned due to employment in the main place of work.

The Presidium of the General Council of the Party accepted the resignation of Ivanchenko and approved the candidacy of Maxim Ivanov as and. about. secretary of reorganization. He is a representative of the Chamber of Young Legislators at the Federation Council, a member of the public Council of Fathers at the Khabarovsk administration, and also holds the position of Director General of Dalrezerv.

Sergey Ivanchenko became the secretary of the party’s regional branch in June this year. He was elected by majority vote at a party conference. Since the end of May, by decision of the Presidium of the General Council of the Party, he temporarily performed duties secretary of reintegration after Sergei Lugovsky’s departure.
Tags: Khabarovsk Territory United Russia appointment
Related News: