Notice: curl_setopt(): CURLOPT_SSL_VERIFYHOST no longer accepts the value 1, value 2 will be used instead in /home/admin/web/eastrussia.ru/public_html/gtranslate/gtranslate.php on line 101
 Scandalous decree on salaries adopted in EAO - EastRussia | Far East
News February 21 2020
22:26 Organizers of financial pyramids exposed in the Far East
Kamchatka 08:38 The brightest ethnic exhibition opened in Petropavlovsk-Kamchatsky
The Republic of Buryatia 07:34 Buryatia will receive 14 billion rubles for bridges and overpasses


Kamchatka 02:21 Without water and food left a village in Kamchatka
02:05 FAS: the situation with vegetable prices in the Far Eastern Federal District is stabilizing
More news
Media News2
HOME News 01.11.2019 07:56 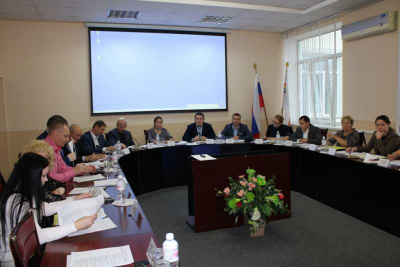 In Birobidzhan, they approved a draft resolution on increasing salaries to the mayor of the city, the chairman of the City Duma and his deputy. Some deputies were categorically against such a decision due to the difficult economic situation of the regional capital and the region, however, the majority voted for the allowance.

According to the press service of the City Duma, the issue of raising salaries by 4,3% was considered in the form of debates. Proponents of the adoption of the amendments recalled that the city had already tried to save on indexation, which was laid down by law, but the prosecutor’s office immediately appealed against this decision.

After the decision was taken, the mayor of Birobidzhan, Alexander Golovaty, took the floor. He called the position of some colleagues "populist" and said that he would direct the increase in salary to create a prize fund for the city competition "Best Teacher of the Year". Chairman of the City Duma Artem Kulikov intends to do the same.

As previously reported, the salary of the mayor and the chairman of the City Duma rose from year to year, on the basis of the federal law “On General Principles of the Organization of Local Self-Government in the Russian Federation” Now, after another increase, it has reached 64 thousand 79 rubles. The Deputy Chairman of the City Duma, earnings rose to 49 thousand 588 rubles.