Notice: curl_setopt(): CURLOPT_SSL_VERIFYHOST no longer accepts the value 1, value 2 will be used instead in /home/admin/web/eastrussia.ru/public_html/gtranslate/gtranslate.php on line 101
 Sobyanin will give ten trams to Vladivostok - EastRussia | Far East
News 04 April 2020
03:00 Coronavirus in the Far East: information on the morning of April 4
03 April 2020
The Republic of Sakha (Yakutia) 15:37 To reduce the down payment on the Far Eastern mortgage offer in Yakutia
Khabarovsk Krai 15:14 Duty groups will open in kindergartens of Khabarovsk

Sobyanin will give Vladivostok ten trams 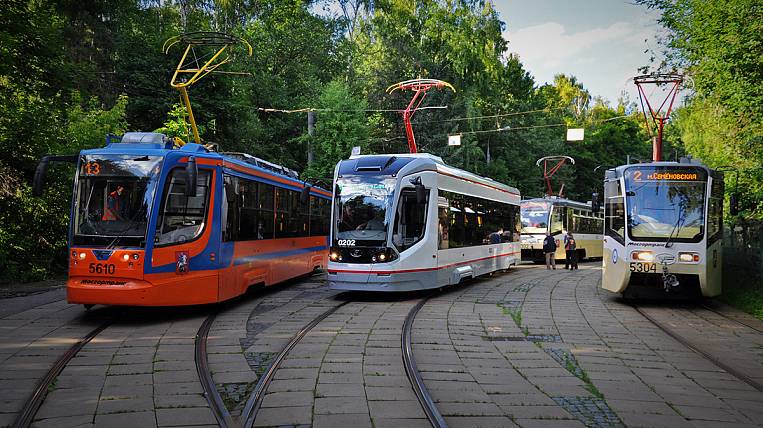 Photo: Vladivostok Administration
Moscow Mayor's Office will present ten trams to Vladivostok. This was the head of the seaside capital Oleg Gumenyuk agreed with Sergei Sobyanin. Now the city authorities are deciding on the delivery of trams from Moscow.

Trams were released in 2005-2007's. They are thoroughly repaired and will not require investments of the next 15 years. According to Humenyuk, the tram movement is part of the history of Vladivostok, and support from the capital will not hurt the city.

In addition, two gas filling stations will be built in Vladivostok in order to purchase gas-powered buses. According to the press service of the administration, such stations may appear in the city already in 2020 year. This year the municipality plans to purchase two electric buses at the expense of the regional and federal budgets.

City authorities intend to solve the problem of outdated public transport. This year, the administration plans to purchase about 100 new buses for WOPPAT-1. The money will be allocated to them by the regional authorities.

Aeroflot will reduce flights from Khabarovsk to Moscow

The administration of Vladivostok will appear new offices