Notice: curl_setopt(): CURLOPT_SSL_VERIFYHOST no longer accepts the value 1, value 2 will be used instead in /home/admin/web/eastrussia.ru/public_html/gtranslate/gtranslate.php on line 101
 Traffic police officer in Kamchatka came under investigation because of "cuts" - EastRussia | Far East
News January 17 2020
17:43 Banks reduce mortgage requirements
14:30 Putin's rating increased after the announcement of the message
Amur Region 14:05 The prosecutor's office revealed 500 violations after firing at Amur College

Traffic police officer in Kamchatka fell under investigation because of "cuts" 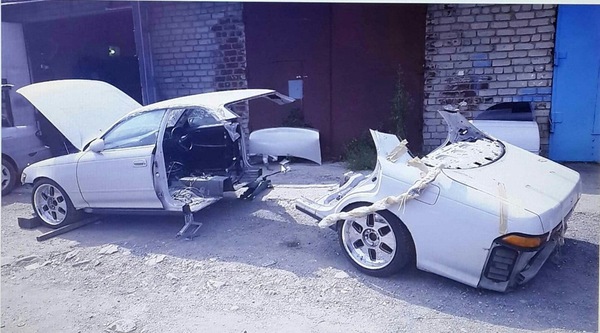 A criminal case was initiated against a police officer in Kamchatka. According to investigators, he participated in the registration of the so-called car "cuts".

According to the press service of the TFR UC system in the Kamchatka region, the state traffic police inspector was in collusion with a resident of Petropavlovsk-Kamchatsky and other police officers. Between December 2018 and July 2019, he entered false data in the car registration documents.

According to the investigation, the suspect was well aware that the machines are “cuts”, “designers” and these machines are not subject to registration. Traffic police officer sent under house arrest. And his accomplice from among local residents in the SIZO. He faces a term for incitement to official malfeasance.