Notice: curl_setopt(): CURLOPT_SSL_VERIFYHOST no longer accepts the value 1, value 2 will be used instead in /home/admin/web/eastrussia.ru/public_html/gtranslate/gtranslate.php on line 101
 Urgent evacuation of the population is in Ussuriysk - EastRussia | Far East
News January 18 2020
The Republic of Sakha (Yakutia) 10:33 A private concessionaire was chosen for the construction of a bridge across the Lena
January 17 2020
17:43 Banks reduce mortgage requirements
14:30 Putin's rating increased after the announcement of the message


Irkutsk Region 07:08 4 billion rubles will be required for the resettlement of floaters in the Angara region
06:46 The human factor could cause an emergency with SSJ 100 in Domodedovo
More news
Media News2
HOME News 19.08.2019 02:34

Urgent evacuation of the population is in Ussuriysk 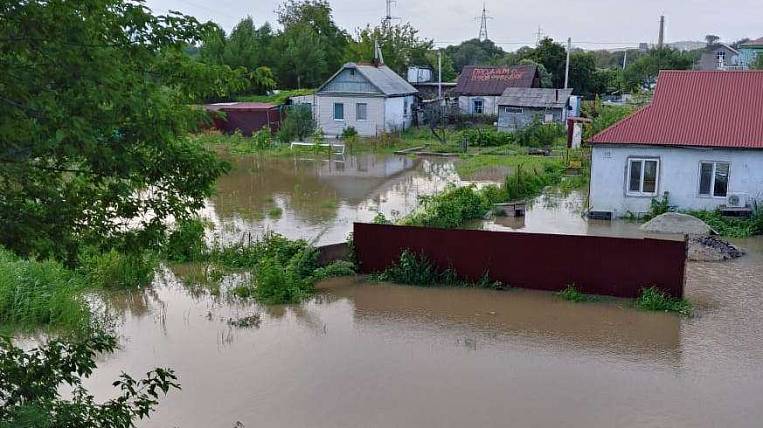 In the coastal Ussuriysk, the population is repeatedly evacuated. The water level is rising in the Razdolnaya River, its tributaries and on Soldatsky Lake.

According to the press service of the city district, the situation remains difficult in the area of ​​Weiss, Vinogradnaya, Lazo and Kuznechnaya streets, in the Melkombinat area, in Stepnoy lane and under the Pushkin bridge. Citizens who refuse to leave their homes are provided with drinking water and food by the authorities

On August 16, an emergency mode was introduced in Ussuriysk, as well as on Pushkinskaya, Aleksey-Nikolskaya, Krasnoyarovsk and Putzilov territories. In Primorye, rivers overflowed because of the powerful typhoon Krosa. In the region, traffic is limited in eight districts and in one urban district, auto-communication with some settlements is interrupted.