January 21 2020
22:23 The composition of the new government approved in Russia
Primorsky Krai 21:20 Control over arrivals from China strengthened in Primorye due to virus
Primorsky Krai 15:27 The construction of a giant tanker is completed in Primorye
14:16 The FIU calculated the number of pensioners after the reform
Kamchatka 13:51 An earthquake occurred in the east of Kamchatka


Primorsky Krai 13:26 They tried to import a radioactive car from Japan to Primorye
The Republic of Buryatia 12:36 Irkutsk senator lost in court of the Ministry of Internal Affairs of Buryatia
Amur Region 12:07 6 million rubles will be spent on accessible environment in schools and kindergartens of the Amur Region
Primorsky Krai 11:47 FEFU scientist wins silicone development grant
Amur Region 11:39 The deputy chairman of the government was replaced in the Amur region


Khabarovsk Krai 11:21 Head of forest management in Khabarovsk Territory suspended from work
The Republic of Sakha (Yakutia) 11:13 In Yakutia completed the construction of a road lasting 20 years
Primorsky Krai 11:05 Part of the new denouement will be launched in Vladivostok in 2020
Primorsky Krai 10:53 Aqua farm on Russky Island will operate in TOP mode
Amur Region 10:02 Dangerous Hong Kong flu virus detected in Amur region

SSJ 100 waiting for a deep upgrade 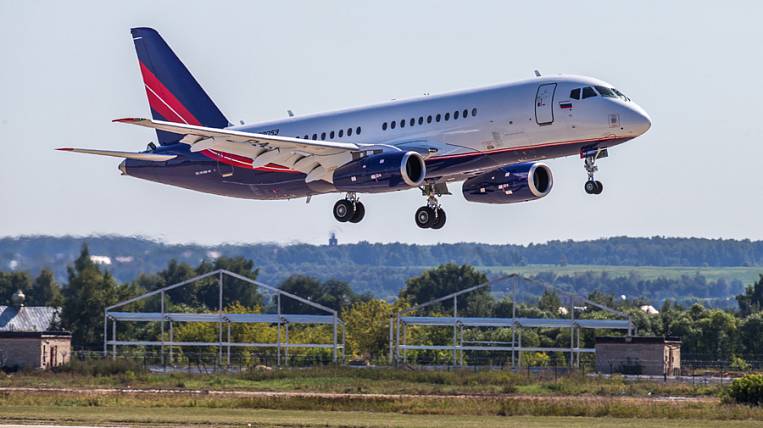 United Aircraft Corporation (UAC) plans to carry out a deep modernization of the aircraft Sukhoi Superjet 100 (SSJ 100), which are assembled in Komsomolsk-on-Amur. It will include an increase in resource indicators and cost reduction.

As reported in an interview with the TV channel Russia-24 within the framework of the St. Petersburg International Economic Forum, UAC President Yury Slyusar, modernization will also affect import substitution - the number of Russian suppliers will increase. This, he said, will reduce the price of the aircraft and increase its economic attractiveness.

Until the end of this year, Russian airlines will receive 15 aircraft SSJ 100, ten of which will be sent to Aeroflot. Also, these planes are used to create a charter airline.

At the end of 2017, authorities and KLA began talking about creating a shortened version of the SSJ 100 - on 75 seats. It will prevail Russian components: electronics, hydraulics, avionics, the whole interior, as well as an auxiliary power unit, wheels, brakes, chassis. Think about the company and the replacement of engines.

In the clinics of Sakhalin intend to eliminate the queue