Notice: curl_setopt(): CURLOPT_SSL_VERIFYHOST no longer accepts the value 1, value 2 will be used instead in /home/admin/web/eastrussia.ru/public_html/gtranslate/gtranslate.php on line 101
 FEFU students win WorldSkills Russia - EastRussia | Far East
News January 18 2020
The Republic of Sakha (Yakutia) 10:33 A private concessionaire was chosen for the construction of a bridge across the Lena
January 17 2020
17:43 Banks reduce mortgage requirements
14:30 Putin's rating increased after the announcement of the message


Irkutsk Region 07:08 4 billion rubles will be required for the resettlement of floaters in the Angara region
06:46 The human factor could cause an emergency with SSJ 100 in Domodedovo
More news
Media News2
HOME News 04.12.2019 10:51 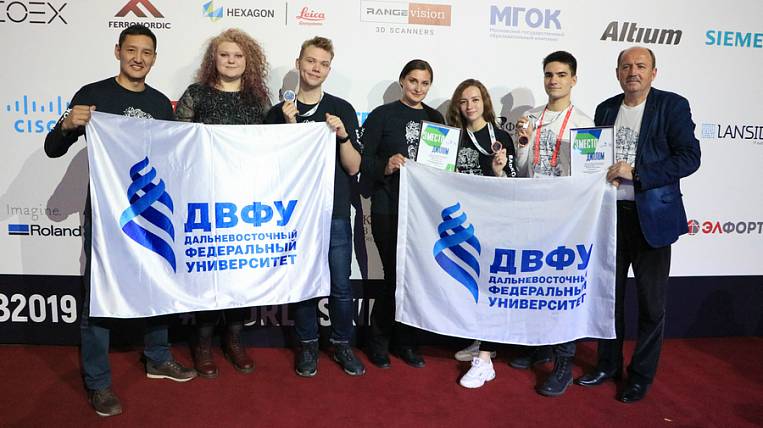 FEFU students won four medals during the third national interuniversity championship “WorldSkills Russia Young Professionals”. One of them is in the field of chemistry, the other is in the field of IT programming, and two more are in the hotel industry.

According to the press service of the university, 17 people went to represent the educational institution at a competition in Moscow. The fourth-year student of the School of Natural Sciences, Mikhail Smirnov, took second place in the competence “IT-Software Solutions for Business on the 1С: 8 Enterprise Platform”.

Three participants of the championship from FEFU took bronze. In the competence “Hotel Administration”, the fourth-year student Andrei Zabolotsky received the award. A similar result for the student of 10 class of the university complex "Gymnasium-college" Angelina Beletskaya, only in the Junior category. The third-year student won a prize in the competence “Laboratory chemical analysis”.

University students take part in the championship, starting with 2017 year. This time around 52 competitors from 500 challenged Russia competed in professional excellence in 73 competencies. Their work was evaluated by more than 500 experts.

EastRussia figured out what Sakhalin would remain, and what - to participants from the WorldSkills Russia finals