Notice: curl_setopt(): CURLOPT_SSL_VERIFYHOST no longer accepts the value 1, value 2 will be used instead in /home/admin/web/eastrussia.ru/public_html/gtranslate/gtranslate.php on line 101
 Su-34 may begin to collect in Komsomolsk - EastRussia | Far East
News March 30 2020
Primorsky Krai 07:48 Coronavirus came to Amur region from Morocco
Irkutsk Region 07:36 The police in Irkutsk detained the distributor of fakes about the coronavirus
Chukotka 07:24 The head of Chukotka called on residents to stay at home


The Republic of Buryatia 03:16 Recruitment campaign postponed in Buryatia due to coronavirus
03:00 Coronavirus in the Far East: information on the morning of March 30
More news
Media News2
HOME News 08.10.2019 10:37

Su-34 may begin to collect in Komsomolsk 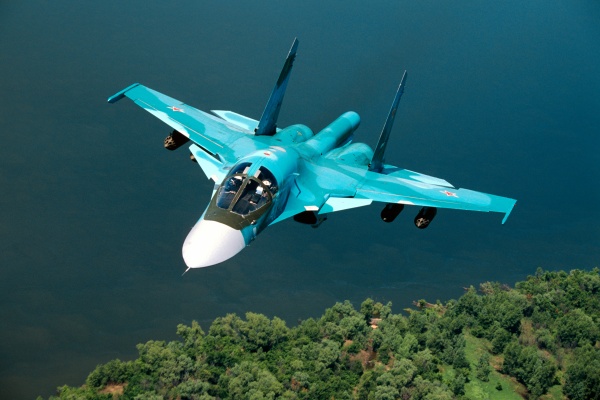 The assembly of Su-34 bombers can be transferred from Novosibirsk to the plant in Komsomolsk-on-Amur. The largest contract for the supply of non-strategic combat aircraft worth about 100 billion rubles has almost been completed.

As they say "Vedomosti", The Russian Ministry of Defense intends to conclude a new contract for the production and purchase of 48 machines. Now the question is being decided whether it is worth maintaining a full-cycle production in Novosibirsk or if the assembly should be transferred to Komsomolsk-on-Amur.

If such a decision is made, then aggregate production will remain in Novosibirsk. The signing of a new contract for Su-34 may take place at the end of 2019 - the beginning of 2020 of the year.

Earlier in the United Aircraft Corporation (UAC) refuted data on the transfer of production of Su-34. It was reported that reductions were continuing at the enterprise in Novosibirsk, and its fate was not finally decided - it is possible that they will leave the issue of fuselage compartments and parts of plumage there Sukhoi Superjet 100 aircraft, which are also collected in Komsomolsk-on-Amur.