Notice: curl_setopt(): CURLOPT_SSL_VERIFYHOST no longer accepts the value 1, value 2 will be used instead in /home/admin/web/eastrussia.ru/public_html/gtranslate/gtranslate.php on line 101
 Trutnev criticized the development of the city of Tsiolkovsky - EastRussia | Far East
News February 28 2020
Primorsky Krai 11:59 Preparations for WEF 2020 began in Primorye
11:25 Experts have estimated the possible loss of the budget due to the abolition of tax for the poor
10:24 Over a thousand hectares reported on land use

Trutnev criticized the development of the city Tsiolkovsky 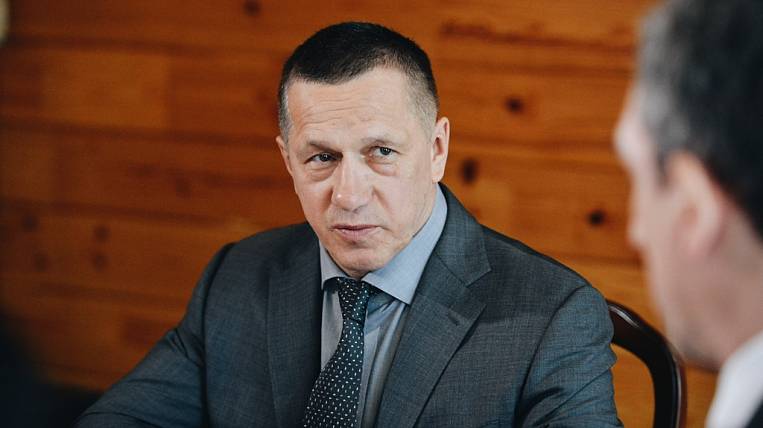 Vice Prime Minister - Presidential Plenipotentiary in the Far Eastern Federal District Yury Trutnev was displeased with the development of the city of Tsiolkovsky in the Amur Region. At a meeting on the socio-economic development of the region, he said that there were significant delays in the facilities.

“Tsiolkovsky’s development should be carried out at the expense of the Roscosmos program. And while there are significant delays. Tomorrow we will discuss this with Dmitry Rogozin, ”said Yuri Trutnev.

According to the long-term socio-economic development plan for the city, 12 organizational measures and 255 measures for the development of the city’s infrastructure should be implemented. According to the press service of the regional government, 53 billion rubles is needed for this.

According to the head of the region Vasily Orlov, the development program of Tsiolkovsky is directly connected with the Vostochny cosmodrome. At the same time, plans to attract 30 thousand people to 2030 year, cause him doubts.

“The infrastructure was planned for this program at a high cost. These plans require additional study, ”said Vasily Orlov.