Notice: curl_setopt(): CURLOPT_SSL_VERIFYHOST no longer accepts the value 1, value 2 will be used instead in /home/admin/web/eastrussia.ru/public_html/gtranslate/gtranslate.php on line 101
 Trutnev retained the post of presidential envoy to the Far Eastern Federal District - EastRussia | Far East
News February 29 2020
09:30 Yuri Trutnev: incentives for investors in the Arctic will improve
February 28 2020
Primorsky Krai 11:59 Preparations for WEF 2020 began in Primorye
11:25 Experts have estimated the possible loss of the budget due to the abolition of tax for the poor 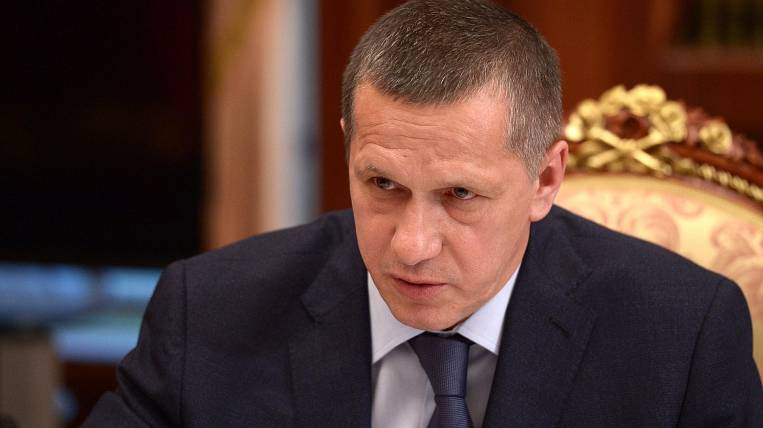 Russian President Vladimir Putin left Yuri Trutnev as vice-premier - plenipotentiary in the Far Eastern Federal District. The decree on this has already entered into force.

“To appoint Trutnev Yuri Petrovich as Deputy Prime Minister of the Russian Federation - the plenipotentiary of the President in the Far Eastern Federal District,” the decree of Putin said.

Next week, the envoy plans to go on a business trip to the Far East, and at the end of this week he intends to meet with the heads of the regions of the Far Eastern Federal District in order to sum up the results of activities for 2019.

Yuri Trutnev became Deputy Prime Minister - Presidential Envoy to the Far Eastern Federal District in August 2013. Prior to that, he headed the Federal Ministry of Natural Resources.

The head of the Ministry of Eastern Development and the Arctic, Alexander Kozlov, also retained his post. In total, the former ministers remained in the new government 11 people.

Evsey Gurvich: "Traditional strategies are not working in the Far East"