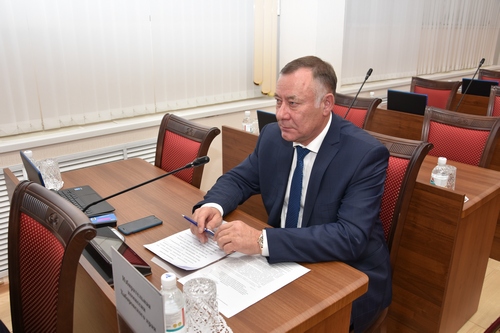 The Central Election Commission of Russia appealed to the Investigative Committee and the prosecutor's office of the Khabarovsk Territory with a request to verify the actions of the chairman of the regional election commission Gennady Nakushnov. The reason was the situation with the criminal record of the failed Senator Dmitry Pleasantov.

As the deputy head of the CEC Nikolay Bulaev, whose words he cites Kommersant, the CEC commission sent a corresponding submission to the investigation department and the prosecutor's office to assess the inaction of the head of the regional election commission.

The check will be held because of the deputy of the regional Zakuma, Dmitry Pleasantov, whom in October elected senator from the Khabarovsk Territory. A month after the election, information was revealed about his canceled criminal record under the article “Forgery, production or circulation of fake documents, state awards, stamps, seals and letterheads”. On the website of the Khabarovsk Kraiizbirkom these data were published only after the election.

After the scandal, Dmitry Pleasantov wrote a statement resignation. Then the deputy chairman of the CEC Nikolai Baluyev said that he sees intentional actions on the part of the chairman of the Khabarovsk Kraisbirkom Gennady Nakushnov.