Notice: curl_setopt(): CURLOPT_SSL_VERIFYHOST no longer accepts the value 1, value 2 will be used instead in /home/admin/web/eastrussia.ru/public_html/gtranslate/gtranslate.php on line 101
 Damage to the roads of the Angara region from floods exceeded 800 million - EastRussia | Far East
News 02 April 2020
08:02 Experts: coronavirus outbreak in Russia will end by summer
The Republic of Sakha (Yakutia) 08:00 Realtor in Yakutsk awaits trial for fraud
Amur Region 07:47 Automatic renewal of benefits introduced in the Amur region


06:16 Kudrin allowed Russia's GDP to fall to the level of the 2009 crisis
06:00 "Power of Siberia" resumed work after prevention
Primorsky Krai 05:42 Snow cyclone from the Sea of ​​Japan will cover Primorye
Irkutsk Region 05:27 Two more cases of coronavirus confirmed in Irkutsk region
The Republic of Sakha (Yakutia) 05:17 Business in Yakutia will receive additional support due to coronavirus


05:08 Golikova: a series of vaccines from coronavirus in Russia will be received in May
Primorsky Krai 05:00 All those arriving in Primorye will be quarantined
The Republic of Buryatia 04:48 The number of patients with coronavirus in Buryatia increased to 30
Trans-Baikal Territory 04:43 Entering Transbaikalia by car will be examined at special points
04:31 New support measures under the conditions of coronavirus are being prepared in Russia


04:16 Doctors: Coronavirus may remain in the body after treatment
04:08 To extend the weekend due to coronavirus in the regions proposed in the Cabinet
More news
Media News2
HOME News 01.07.2019 04:06 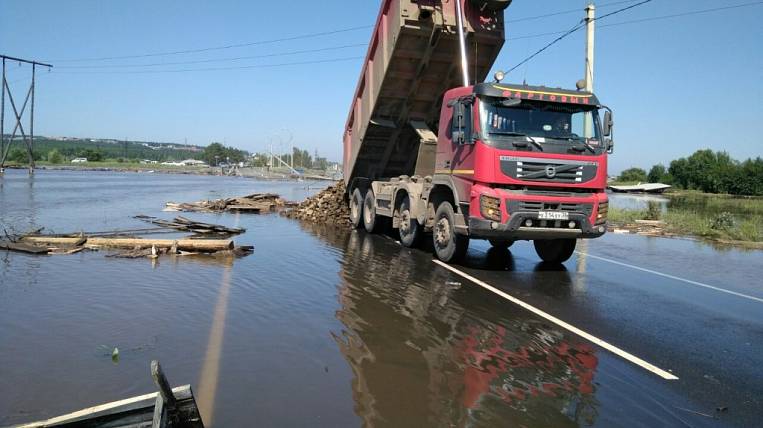 According to preliminary calculations, the flood caused about 800 million rubles damage to the roads of the Irkutsk region. There were more flooded 34 sections of tracks, over a length of 240 km. Blurred 35 pipes, damaged 16 bridges, ten of which are completely destroyed.

Now eight bridges and bridges for the restoration of bridges and pipes are ready for work, additional equipment from other areas has been brought in. The restoration of the driveways will begin after the water level has dropped. In the area of ​​flooding is now one section of the federal highway. Since 28 June there is a traffic restriction for all types of transport. However, the water recedes, from six kilometers of the carriageway now they remove the wreckage of houses and other buildings.

According to the press service of the regional government, the road workers work in the Cheremkhovsky, Taishet and Tulun districts. To restore the tracks attracted 60 units of equipment. Officially, in the direction of Irkutsk, the movement remains closed.

Due to rain floods in Priangarya, five areas were flooded, more than 30 settlements were affected, more than one thousand people were evacuated. A number of instructions to stabilize the situation and eliminate the consequences of a natural disaster were given by President Vladimir Putin. To help the victims attracted military42 item is deployed in the region temporary accommodation.