Notice: curl_setopt(): CURLOPT_SSL_VERIFYHOST no longer accepts the value 1, value 2 will be used instead in /home/admin/web/eastrussia.ru/public_html/gtranslate/gtranslate.php on line 101
 New pig and greenhouse complexes will appear in the Amur Region - EastRussia | Far East
News 01 April 2020
Jewish Autonomous Region 14:50 Quarantine mode introduced in EAO
Jewish Autonomous Region 14:22 The supply of 500 thousand medical masks from China is expected in the EAO
14:05 Symptoms of a coronavirus concern those who apply to the Sberbank hotline

In the Amur region, there will be new pig-breeding and greenhouse complexes

In the Amur region, a meeting of the commission on priority investment projects and improving the investment climate was held, following which it was decided to build new pig-breeding and greenhouse complexes in the region, the press service of the government of the Amur region 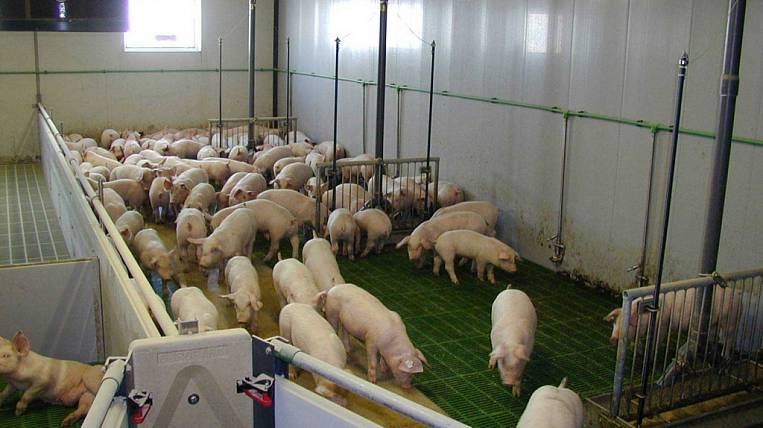 Photo: agrtek.ru
Following the meeting, it was decided to include in the list of priority investment projects the construction of a pig-breeding complex that will be able to produce up to 70 thousand head per year in the Amur region of Tambov, as well as a greenhouse complex with an area of ​​6,19 ha for the "Teplichny" joint-stock company. It will be located in the village Chigiri of the Blagoveshchensk district.

As noted in the press service of the regional government, these projects are classified as priority economic activities, which are determined by the development strategy of the Amur Region for the period up to 2025.

The volume of investments in the construction of the greenhouse complex is more than 800 million rubles, and the construction itself will be carried out in two stages. At the moment, the first stage is planned to be completed this year. The total production capacity of the greenhouse complex will be 7,2 thousand tons of cucumber, and 98 jobs will be created for the residents of the Amur Region.

As for the volume of investments in the construction of the pig complex, it is estimated at 1,6 billion rubles. The authorities assume that, following the results of the project, the production of pork meat will increase to 5,4 thousand tons per year, and 123 residents of the region will be able to get jobs. These indicators will be relevant to the construction outcome, starting from 2019 year.

The new ministry earned on Sakhalin