Notice: curl_setopt(): CURLOPT_SSL_VERIFYHOST no longer accepts the value 1, value 2 will be used instead in /home/admin/web/eastrussia.ru/public_html/gtranslate/gtranslate.php on line 101
 The first Moscow tram was brought to Angarsk - EastRussia | Far East
News March 30 2020
Primorsky Krai 16:54 The administration of Vladivostok will appear new offices
Trans-Baikal Territory 16:08 Transbaikalia authorities expect coronavirus in the region in two weeks
Irkutsk Region 15:27 Coronavirus doctors will increase salaries in the Angara region

The first Moscow tram was brought to Angarsk 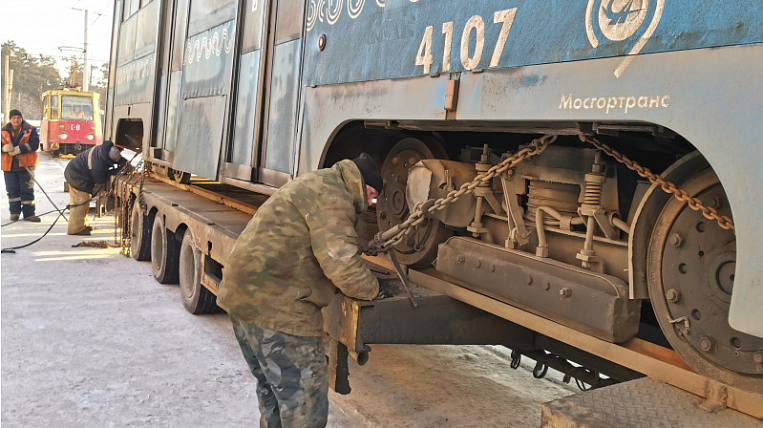 The streets of Angarsk, Irkutsk region will be driven by metro trams. The Moscow authorities presented the city with 10 cars and one of them has already been delivered to the region. Transportation took eight days, and a couple of weeks later, after a break-in, the Muscovite will enter the line.

According to the press service of the city administration, last year a representative of Mosgortransport visited the Angarsk Tram Municipal Unitary Enterprise. Then it was decided to give Angarsk 10 serviceable cars of model 71-619A.

This mode of transport is still the most social in the city. The last time the tram fleet was updated in 2010. Angarsk is one of the 61 cities in Russia where the tram service is saved.