Notice: curl_setopt(): CURLOPT_SSL_VERIFYHOST no longer accepts the value 1, value 2 will be used instead in /home/admin/web/eastrussia.ru/public_html/gtranslate/gtranslate.php on line 101
 In Chita, looking for a contractor to complete protracted construction - EastRussia | Far East
News January 23 2020
Khabarovsk Krai 23:21 Young families of Khabarovsk Territory will be able to enter the housing program
Sakhalin Region 23:05 Sakhalin entered the top regions with effective governance
Khabarovsk Krai 21:23 New waste sorting stations will be built in the Khabarovsk Territory

In Chita, looking for a contractor to complete protracted 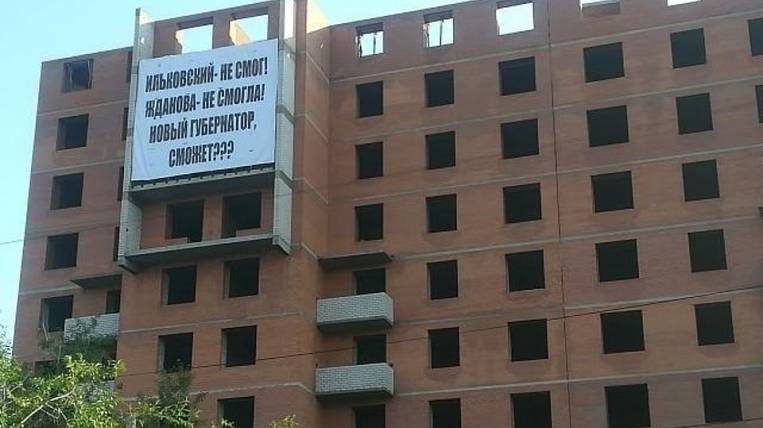 The authorities of the Trans-Baikal Territory received a preliminary agreement from construction companies to participate in the completion of the long-term construction in Chita. An apartment building on Silikatnaya Street has been built since 2008. Long-awaited apartments will be able to get 16 families.

According to the website of the administration of the Trans-Baikal Territory, on the eve of the meeting with the participants of shared construction was organized by the Deputy Chairman of the Government of the region Victor Pazdnikov. In the register of deceived shareholders of high-rise buildings on Silikatnaya Street, 19 families were listed, three of which were housing units from the regional housing stock.

Now the authorities are looking for a contractor to complete construction. Several companies have given prior consent. The house is completed to the ninth floor, the next step is to build a roof. The facility is scheduled to be commissioned in 2020.

“We are always ready for such dialogues, ready to discuss new circumstances online and share the information that we have. We are ready to provide all the help and support. There is a separate regional legislation, in accordance with which there are support measures that citizens can take advantage of, ”said Victor Pazdnikov, deputy chairman of the regional government.

In the registry of defrauded real estate investors, 134 people are now standing. Over the past two years, it has declined at the expense of families who have been provided apartments from the housing stock of the Trans-Baikal Territory.