Notice: curl_setopt(): CURLOPT_SSL_VERIFYHOST no longer accepts the value 1, value 2 will be used instead in /home/admin/web/eastrussia.ru/public_html/gtranslate/gtranslate.php on line 101
 A collapsed bridge will be restored in Chita for 440 million rubles - EastRussia | Far East
News January 24 2020
Chukotka 09:17 The first Far Eastern mortgage was issued in Chukotka
08:28 In Russia, growth in rental prices is expected
Khabarovsk Krai 07:57 Khabarovsk citizens are not advised to travel to China

In Chita, the collapsed bridge will be restored for 440 million rubles 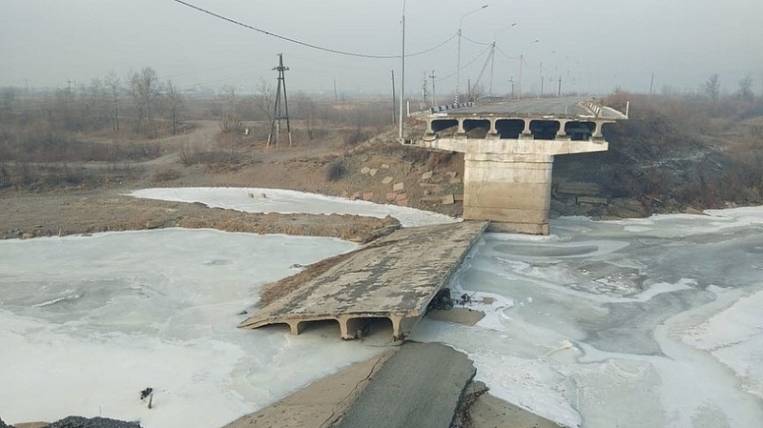 In 2020 in Chita, reconstruction of the automobile bridge in the area of ​​the village of Kashtak will begin. It was partially destroyed during the 2018 flood of the year and now drivers have to stand idle in multi-kilometer traffic jams in order to go around this section.

According to the regional Ministry of Construction, the transition was built in 1978. Two years ago, due to the spill of the Chita River, two of its spans and one support collapsed. During the overhaul, it is planned to replace all seven supports so that they can withstand the rise and pressure of water. Repair will cost 440 million rubles.

In December, the project is due to leave the state examination again with a positive conclusion. Work will begin next year. First of all, a technological bridge will be erected, which will eliminate traffic jams and reduce the transport load on the city highways.