Notice: curl_setopt(): CURLOPT_SSL_VERIFYHOST no longer accepts the value 1, value 2 will be used instead in /home/admin/web/eastrussia.ru/public_html/gtranslate/gtranslate.php on line 101
 New terminal of Khabarovsk airport received permission for commissioning - EastRussia | Far East
News January 23 2020
The Republic of Buryatia 16:32 For the first time on the stage of the State Kremlin Palace of the country will celebrate Sagaalgan
14:16 Far Eastern Technological Fund financed projects for 500 million
Amur Region 14:11 Amur region will spend 70 million rubles on "Zemsky doctors"

The new terminal of the Khabarovsk airport received permission for commissioning 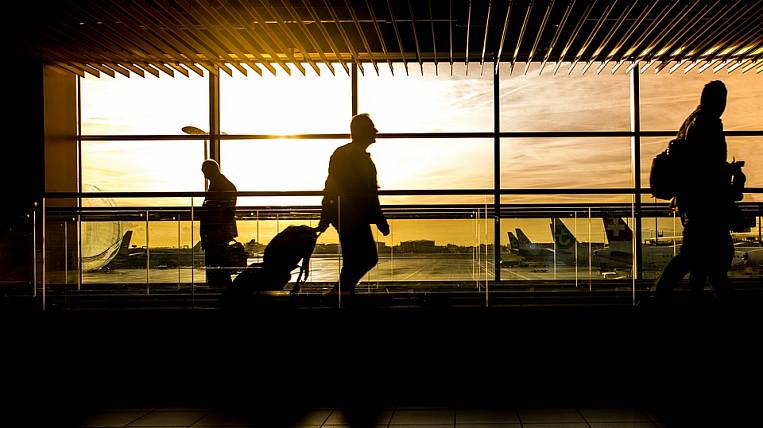 Khabarovsk Airport JSC received permission to commission a new terminal. The document was issued by the Federal Air Transport Agency after the conclusion of Rostekhnadzor on the compliance of the project documentation complex with the requirements of technical regulations. Before the beginning of October, the first passengers should visit him.

The terminal was designed by the German company Assmann beraten + planen. Its area is 27,7 thousand square meters. m., and the throughput of 3 million people annually. The complex is equipped with three telescopic ramps, 12 elevators and seven escalators.

The total construction cost amounted to 4,9 billion rubles, of which 3,9 billion rubles are loan funds from VEB and the Far East Development Fund JSC. The project was implemented in the territory of priority development.

Last year, сообщалосьthat the Japanese consortium will buy 10% of Khabarovsk International Airport and together with its Russian partner will manage it. According to the chairman of the board of directors and the owner of the airport, Konstantin Basyuk, these are the first foreign investments in the terminal under construction. Prior to this, foreigners bought shares or became participants in concessions at existing Russian airports.