Notice: curl_setopt(): CURLOPT_SSL_VERIFYHOST no longer accepts the value 1, value 2 will be used instead in /home/admin/web/eastrussia.ru/public_html/gtranslate/gtranslate.php on line 101
 In the Khabarovsk Territory, bid farewell to the children who died in the fire - EastRussia | Far East
News January 20 2020
05:38 Banks want to prohibit taking a commission for paying for housing services
Sakhalin Region 05:17 Two ash emissions occurred on the Ebeko volcano in the Kuril Islands
Sakhalin Region 05:00 Ministerial Investments of Sakhalin Region will be headed by Advisor to the Governor 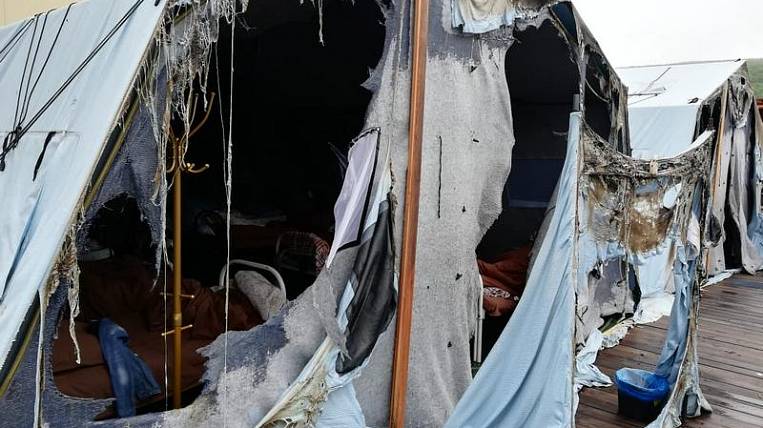 Tomorrow in the Khabarovsk region should be a farewell to the two girls who died in a fire in a tent camp. This is reported in the regional Ministry of Social Protection.

The funeral will be held in Komsomolsk-on-Amur and Amursk, where the schoolgirls lived. One of the girls died on the spot, she could not get out of the tent, the other - died in the hospital of the village of Sunny from extensive body burns.

The question of the date of the funeral of other children is being decided with their parents. Families were provided with material assistance.one million rubles and paid money to pay for funeral services - for 200 thousand rubles. In addition, parents are supported in enterprises at their place of work.

Fire in a tent camp on the territory of the Holdomi complex began at night from 22 to 23 July. From 26 tents 20 burned out completely. Four children three children and five adults were seriously injured.

Now detained owner and the camp director. Excited criminal proceedingsunder articles - causing death by negligence and the provision of services that do not meet safety requirements. Presumably the cause of the tragedy could be a faulty heater.