Notice: curl_setopt(): CURLOPT_SSL_VERIFYHOST no longer accepts the value 1, value 2 will be used instead in /home/admin/web/eastrussia.ru/public_html/gtranslate/gtranslate.php on line 101
 In Khabarovsk, once again postponed the delivery of the house for shareholders - EastRussia | Far East
News January 17 2020
14:30 Putin's rating increased after the announcement of the message
Amur Region 14:05 The prosecutor's office revealed 500 violations after firing at Amur College
Primorsky Krai 13:12 Korean company presented the rationale for the development of the port of Slavyanka


06:30 Nearly 40 new educational institutions will be built in the Far Eastern Federal District by 2022
Sakhalin Region 06:18 The prosecutor's office found out the cause of the fire floating base "Peter Zhitnikov"
More news
Media News2
HOME News 12.07.2019 04:28

In Khabarovsk, once again postponed delivery of the house for real estate investors 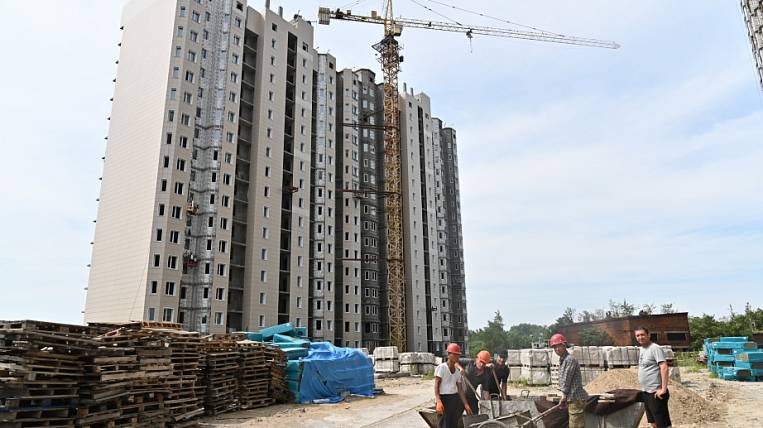 In Khabarovsk, once again changed the deadlines for the delivery of the Amur Dawns housing complex. The director of Dialogue, which delays the construction deadlines, promised to pass the long-term construction project on Saltykov-Shchedrin Street in March of 2020.

According to the press service of the regional government, now the readiness of the object is on average 60%. The developer explains the slow speed of work with financial problems. According to preliminary estimates, about 550 million rubles is required for the completion of construction. Now the company is negotiating with a Moscow bank for a credit line.

House for real estate investors built with 2014 year. It was originally planned to put houses into operation at the end of 2016. Last year, the developer stated that ready to pass the object until July 30 2019 year.