Notice: curl_setopt(): CURLOPT_SSL_VERIFYHOST no longer accepts the value 1, value 2 will be used instead in /home/admin/web/eastrussia.ru/public_html/gtranslate/gtranslate.php on line 101
 China expects deliveries of sweets from the Far East - EastRussia | Far East
News January 22 2020
Kamchatka 05:21 Reception of documents for mayoral election began in Petropavlovsk-Kamchatsky
Sakhalin Region 05:00 The first gas stations will appear on Sakhalin in 2020
04:46 Proposals for creating an airline for the Far Eastern Federal District have been submitted to the government


The Republic of Buryatia 12:36 Irkutsk senator lost in court of the Ministry of Internal Affairs of Buryatia
Amur Region 12:07 6 million rubles will be spent on accessible environment in schools and kindergartens of the Amur Region
More news
Media News2
HOME News 07.11.2019 11:17

China expects deliveries of sweets from the Far East 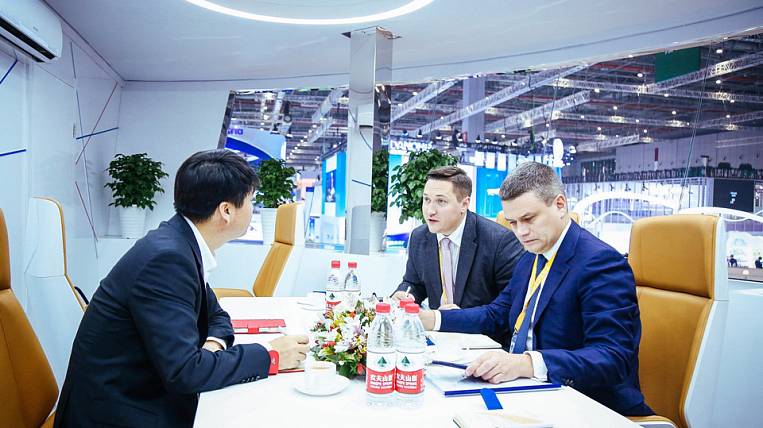 Chinese businessmen want to organize long-term deliveries of confectionery products from the Far East. This was stated by representatives of the regional agency for attracting investment and export development. In addition, foreign partners propose the creation of a joint environmentally friendly confectionery production in the Far Eastern Federal District.

According to the press service of ANO IPA, negotiations were held during the Chinese international import EXPO, which was held in Shanghai. The parties discussed the possibility of using the resource of the Benlay Com electronic platform to organize the export of Russian confectionery products to China.

In addition, representatives of the Far Eastern Agency met with the leadership of a Chinese company, which is the daughter of the China Co-op Group, the largest agricultural products trading corporation, and discussed the possibilities of cooperation in this direction. The processing of agricultural products, according to the parties, makes it possible to develop the activity of small and medium-sized enterprises of the two countries.