Notice: curl_setopt(): CURLOPT_SSL_VERIFYHOST no longer accepts the value 1, value 2 will be used instead in /home/admin/web/eastrussia.ru/public_html/gtranslate/gtranslate.php on line 101
 The Kremlin plans early resignation of the head of the Irkutsk region - EastRussia | Far East
News January 24 2020
17:27 In Russia, they want to reduce the tax for receiving accumulated pension
16:04 Russian cadets will take part in the celebration of the Republic of India Day
15:08 The enterprises of the military-industrial complex will write off debts


Khabarovsk Krai 06:19 Global cultivation of ginseng will be in the Khabarovsk Territory
06:00 Experts have calculated savings on a mortgage with Putin's support measures
More news
Media News2
HOME News 30.09.2019 03:28 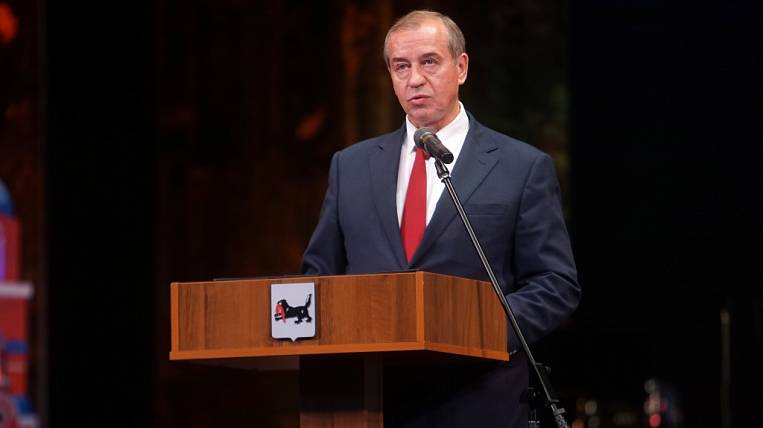 The Kremlin is planning an early resignation of the Governor of the Irkutsk region, Sergey Levchenko. The head of the region may leave his chair this fall, although officially the powers of the head of the Angara region expire only in the 2020 year.

According to RBC, the situation with the flood affected the ratings of Levchenko. They intend to replace him during the next rotation of the governor’s corps

Last year, the federal television channels launched an “information attack” against Levchenko. He was accused of illegal bear hunting. This year, after the July floods, the head of the Angara region was criticized by Vladimir Putin. The President noted that he could not recognize the liquidation of the consequences of the flood satisfactory.

Earlier, Sergey Levchenko was on the list of outsiders in ranking of political stability of regional heads. Together with him, the head of the EAO Alexander Levintal was there.

Ex-governor Levchenko intends to stay in the Irkutsk region