Notice: curl_setopt(): CURLOPT_SSL_VERIFYHOST no longer accepts the value 1, value 2 will be used instead in /home/admin/web/eastrussia.ru/public_html/gtranslate/gtranslate.php on line 101
 In the forests of Transbaikalia introduced emergency mode - EastRussia | Far East
News January 29 2020
Khabarovsk Krai 02:00 The man who left the children at the airport came to the investigators himself
January 28 2020
Chukotka 23:06 Chukotka school won education development grants
22:49 Trutnev called on development institutions to work closely with regional leaders


11:51 More than 18 million Russians are below the poverty line
11:19 Rising meat and milk prices expected in Russia
Amur Region 11:15 Oncology dispensary in the Amur region received new equipment for the national project
Khabarovsk Krai 10:35 BIM-technologies attracted to the Far East resident of Khabarovsk
Magadan region 09:39 The size of one-time social payments changed in the Magadan region


09:06 The Russians set a record for car loans
Trans-Baikal Territory 08:26 Coronavirus not confirmed in a family from Chita
Sakhalin Region 07:45 A strong earthquake occurred near the South Kuril Islands
Amur Region 07:31 Flights from Blagoveshchensk to Sanya suspended due to coronavirus
Primorsky Krai 07:16 Homes for interest holders can be completed at the federal expense in Primorye

In the forests of Transbaikalia introduced emergency mode 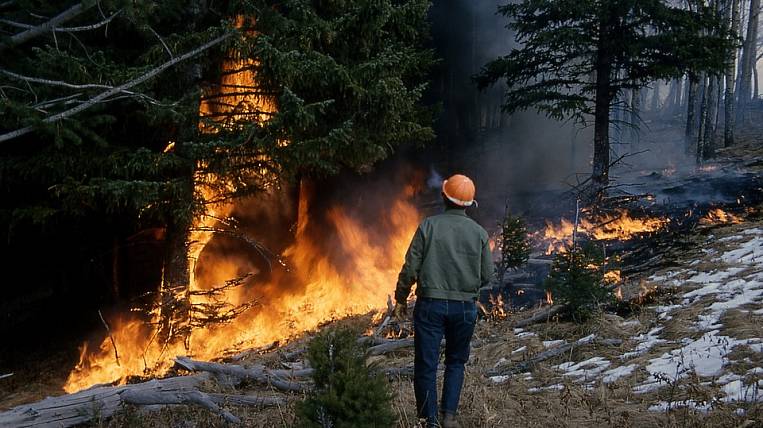 The regional emergency regime introduced in the forests of Transbaikalia. The reason for this decision was dry and windy weather.

According to the press service of the regional government, residents will be limited to being in the forest, holding certain types of work there. In the municipalities, operational headquarters for emergency response are created, patrol teams will be working in each locality that will monitor the roads adjacent to the forests and forest fire conditions.

According to the decree of the Trans-Baikal Governor Alexander Osipov, the decision will be to guide the elimination of emergencies in the region and. about. Deputy Chairman of the Krai Government, Andrei Gurulev. In order to extinguish forest fires, resources of tenants and outside organizations will be attracted; checkpoints have been set up on the way to the forest.

Announced in the region a storm warning. Because of the fear of natural fires, residents are strictly forbidden to make fires in homestead plots, in the forest and steppe zones.