Notice: curl_setopt(): CURLOPT_SSL_VERIFYHOST no longer accepts the value 1, value 2 will be used instead in /home/admin/web/eastrussia.ru/public_html/gtranslate/gtranslate.php on line 101
 A new 180-meter bridge will be built in a Transbaikal village divided by the river - EastRussia | Far East
News January 24 2020
17:27 In Russia, they want to reduce the tax for receiving accumulated pension
16:04 Russian cadets will take part in the celebration of the Republic of India Day
15:08 The enterprises of the military-industrial complex will write off debts


Khabarovsk Krai 06:19 Global cultivation of ginseng will be in the Khabarovsk Territory
06:00 Experts have calculated savings on a mortgage with Putin's support measures
More news
Media News2
HOME News 02.09.2019 07:54 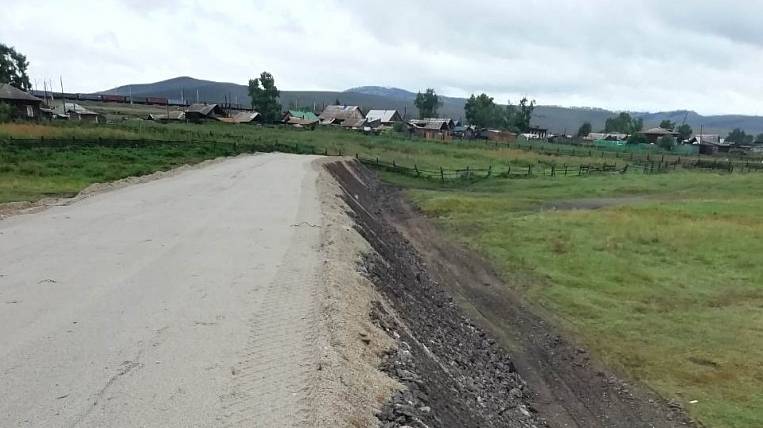 In the Transbaikal village of Kaydalovo, Karymsky District, the construction of a temporary moto-pedestrian bridge across the Ingoda River began, dividing the village into two parts. “This year, the contractor should make an access embankment, it is planned to install support foundations and install supports, as well as purchase materials for the span structure”, the acting head noted. Deputy Prime Minister of Transbaikalia Viktor Pazdnikov. The length of the new bridge will be 180 meters, and the carrying capacity is up to three tons, which will allow an ambulance to pass on it.

Until recently, about 200 residents of the village of Kaydalovo were forced to use a boat for crossing in the summer, and in winter cross the river on ice. After the visit of the head of Transbaikalia by Alexander Osipov to this settlement, a decision was made to build a bridge. The construction of the facility is planned to be completed by 2020 year. Similar bridges will also be erected in the village of Bolshaya Rechka across the Chinay River and across the River Sometimes in the village of Novokruchinsky.

Ранее сообщалосьthat the village of Aginskoye received a subsidy from the regional road fund in the amount of 35 million rubles for the repair of 1,6 kilometer of the main street. The work will be carried out in preparation for the International Buryat festival "Altargan", which will be held in 2020 year.

Vladivostok is gaining popularity among cinematographers in North and South-East Asia as a place for field surveys. Experts do not exclude the creation here in the near future of a powerful regional center for film production. The laws on the "Free Port" and TORs can stimulate this process