Notice: curl_setopt(): CURLOPT_SSL_VERIFYHOST no longer accepts the value 1, value 2 will be used instead in /home/admin/web/eastrussia.ru/public_html/gtranslate/gtranslate.php on line 101
 In Russia, banned the sale of plastic utensils - EastRussia | Far East
News February 21 2020
22:26 Organizers of financial pyramids exposed in the Far East
Kamchatka 08:38 The brightest ethnic exhibition opened in Petropavlovsk-Kamchatsky
The Republic of Buryatia 07:34 Buryatia will receive 14 billion rubles for bridges and overpasses


Kamchatka 02:21 Without water and food left a village in Kamchatka
02:05 FAS: the situation with vegetable prices in the Far Eastern Federal District is stabilizing
More news
Media News2
HOME News 07.05.2019 04:27

In Russia, prohibit the sale of plastic utensils 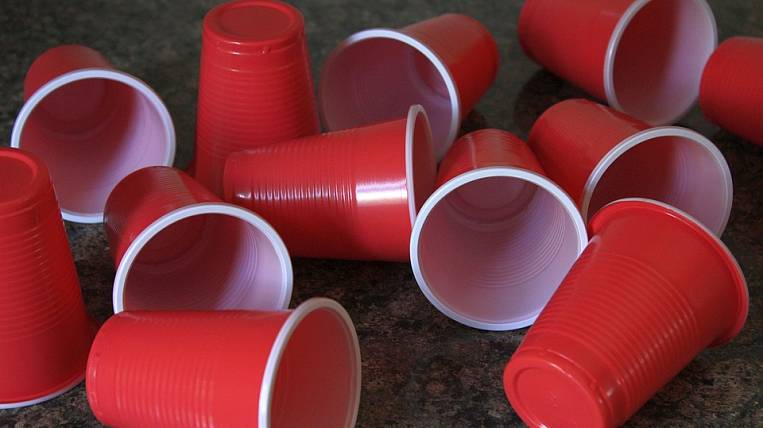 The Ministry of Natural Resources of Russia is preparing a ban on the sale of disposable plastic tableware. These measures will go to reduce pollution.

As the head of the Ministry of Environment Dmitry Kobylkin said RIA News"The agency maintains a global trend for reducing the use of plastic. According to him, many large retail chains have already supported the idea of ​​plastic rejection.

Recently, the European Union announced that it would ban the sale of disposable plastic utensils by the year of 2021. And Prime Minister Dmitry Medvedev said that the time would come when such a ban would be introduced at the legislative level in Russia.