The Eurasian Linguistic Institute (EALI), which the Moscow State Linguistic University refused, can be attached to the Irkutsk State University (IGU), or any other institution that wants to include it in its composition and will be able to receive the approval of the team

This was stated by the governor of the Irkutsk region Sergey Levchenko.

Joining the ISU "is the best option for saving the university," which was approved by the Minister of Education and Science of the Russian Federation, Dmitry Livanov, but the final decision will be made by the Ministry of Education and Science after the general meeting of teachers and students of the institute, S. Levchenko told journalists on Tuesday.

“We will hold this meeting and listen to the opinion of the whole team. We have never concealed our position - it would be optimal to join the ISU. With this, in principle, according to the leadership of the ministry. But, nevertheless, it is necessary to comply with the legislation and take into account the position of teachers and students, ”said S. Levchenko.

According to him, rectors of universities from any region can come to the meeting at EALI, tell about their plans for the development of the linguistic institute in Irkutsk and invite the team to join them.
The head of the region specified that the meeting is scheduled to be held next week, with the participation of representatives of the Ministry of Education and Science, who will come to Irkutsk specifically for this.

In March of this year, it became known that Rosobrnadzor denied EALI the state accreditation of 13 from 20 training programs, in particular, bachelors and masters in areas of "Economics and Management", "Service and Tourism", "Psychology", "History and Archeology" , "Literary Studies", which studied the order of 300 students.

At the end of May this year, the academic council of MSLU unanimously decided to liquidate the branch of the university in Irkutsk, Interfax notes.

This decision was accepted by the members of the academic council after the appeal of the initiative group of teachers and students of EALI to act. Rector of Moscow State Linguistic University Igor Manokhin, Minister of Education and Science of the Russian Federation D.Livanov, Governor of the Irkutsk Region S.Levchenko with a request to return the university to the region. The initiative’s support from the leadership of the Irkutsk Region was also taken into account.
Tags: Irkutsk Region Sergey Levchenko ISU Eurasian Linguistics Institute EALI
Related News:

Mutko: the deadlines for the restoration of 33 objects in the Angara region were disrupted 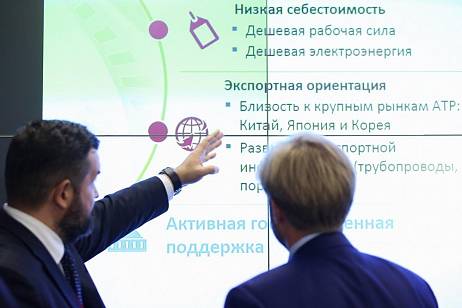 The largest held and unrealized agreements signed at WEF-2015