Notice: curl_setopt(): CURLOPT_SSL_VERIFYHOST no longer accepts the value 1, value 2 will be used instead in /home/admin/web/eastrussia.ru/public_html/gtranslate/gtranslate.php on line 101
 School was built in Transbaikal village for 249,6 million rubles - EastRussia | Far East
News January 17 2020
17:43 Banks reduce mortgage requirements
14:30 Putin's rating increased after the announcement of the message
Amur Region 14:05 The prosecutor's office revealed 500 violations after firing at Amur College

In the Trans-Baikal village built a school for 249,6 million rubles 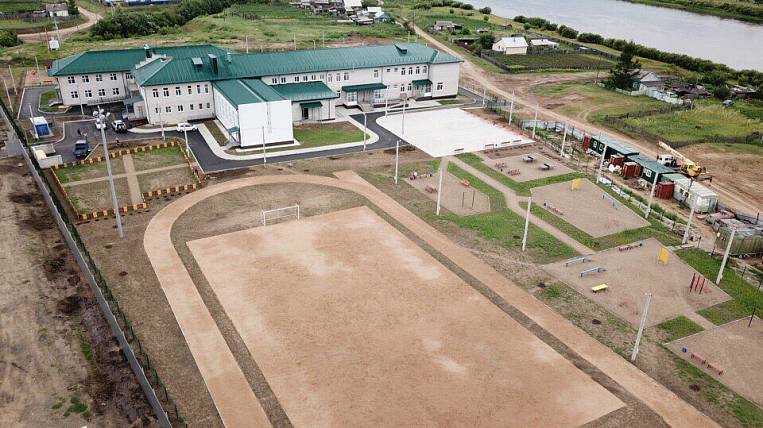 Zabaikalskoye village Bolshaya Tura this year has received a new school and kindergarten, which has already been put into operation. The cost of the work amounted to 249,6 million rubles, and another 27 million was allocated in the form of a subsidy for the purchase of equipment. The funds came from the federal budget in the framework of the state program "Development of Education".

The school building and kindergarten were rebuilt after a forest fire that caused ammunition explosions at military depots in April 2014. “The complex facility includes not only the school building for 156 places, but also a kindergarten for 75 children,” noted and. about. Deputy Chairman of the Government of the Trans-Baikal Territory Viktor Pazdnikov, adding that in addition to the buildings themselves, a sports stadium and playgrounds were built. The school has a modern gym, a medical office and computer classes, and on the territory of the educational institution gardening works were carried out.

Ранее сообщалосьthat the implementation of national projects in the field of education Trans-Baikal Territory will receive 1,5 billion rubles. With these funds, Kvantorum technoparks, centers of support and support for gifted children will be built, centers for the growth of digital and humanitarian profiles “Point of Growth” will be organized, as well as two centers of advanced professional training.

The selection of "zemstvo teachers" announced in the Amur region