Notice: curl_setopt(): CURLOPT_SSL_VERIFYHOST no longer accepts the value 1, value 2 will be used instead in /home/admin/web/eastrussia.ru/public_html/gtranslate/gtranslate.php on line 101
 New schools will be built in the flood zone in Priangarie - EastRussia | Far East
News January 22 2020
Kamchatka 05:21 Reception of documents for mayoral election began in Petropavlovsk-Kamchatsky
Sakhalin Region 05:00 The first gas stations will appear on Sakhalin in 2020
04:46 Proposals for creating an airline for the Far Eastern Federal District have been submitted to the government


The Republic of Buryatia 12:36 Irkutsk senator lost in court of the Ministry of Internal Affairs of Buryatia
Amur Region 12:07 6 million rubles will be spent on accessible environment in schools and kindergartens of the Amur Region
More news
Media News2
HOME News 16.07.2019 10:38

In the flood zone in Priangarie build new schools 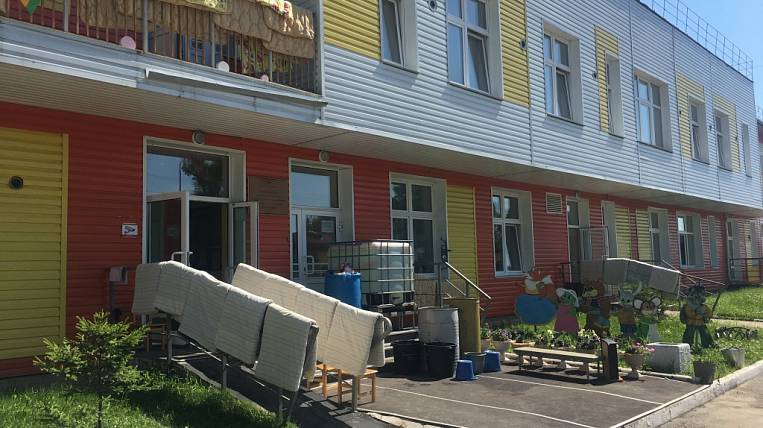 The Ministry of Education of the Irkutsk Region is completing an instrumental survey of buildings of schools and kindergartens in the area affected by the flood. It was decided to build new educational institutions in three villages Evdokimovka, Oktyabrsky and Alygdzher.

According to the press service of the regional government, 18 schools and 14 kindergartens in five municipalities suffered in the region. The degree of flooding is different. The buildings in the lowland were flooded to the second floor, while at other sites the water level reached from 10-15 cm to one meter.

In schools scheduled overhaul. Serious damage was caused to the basement where the elevator nodes are located, so they will be given special attention.

59 also included peasant farms and agricultural organizations in the Nizhneudinsky, Tayshet, Tulunsky, Ziminsky, Chunsky districts. There were under water more than 11,5 thousand ha. Flooded 839 ha of haymakings. After the flood almost 3,5 thousand houses in Priangare cannot be restored. In the region introduced federal emergency mode. According to specialists, flood damage exceeded 31 billion rubles.