Notice: curl_setopt(): CURLOPT_SSL_VERIFYHOST no longer accepts the value 1, value 2 will be used instead in /home/admin/web/eastrussia.ru/public_html/gtranslate/gtranslate.php on line 101
 VEB and VTB to finance the construction of a coal terminal in Vanino - EastRussia | Far East
News January 23 2020
Chukotka 10:53 Entrepreneurship Development Center opened in Chukotka
Primorsky Krai 10:40 30-degree frosts will come to Primorye
The Republic of Sakha (Yakutia) 10:36 Supporters of the shaman Gabyshev detained in Yakutia


Primorsky Krai 10:20 Khan's “Crab King” is asked to be put on the international wanted list
Khabarovsk Krai 10:07 62 million rubles will be spent on payments to summer residents in the Khabarovsk Territory
09:19 Russia's population will be 50% retired by 2060
Primorsky Krai 08:36 A new ophthalmological center will open in Primorye
08:01 The concept of minimum wage may disappear from Russian legislation


The Republic of Sakha (Yakutia) 05:46 Oil tanker overturned in Yakutia
05:23 Putin's initiatives will be paid at the expense of tax incentives
Primorsky Krai 05:00 Kindergartens again "mined" in Vladivostok
Kamchatka 04:52 Prosecutor's Office: doctors in Vilyuchinsk were not paid extra for overtime
Khabarovsk Krai 04:34 Kindergartens again "mined" in Khabarovsk and Komsomolsk 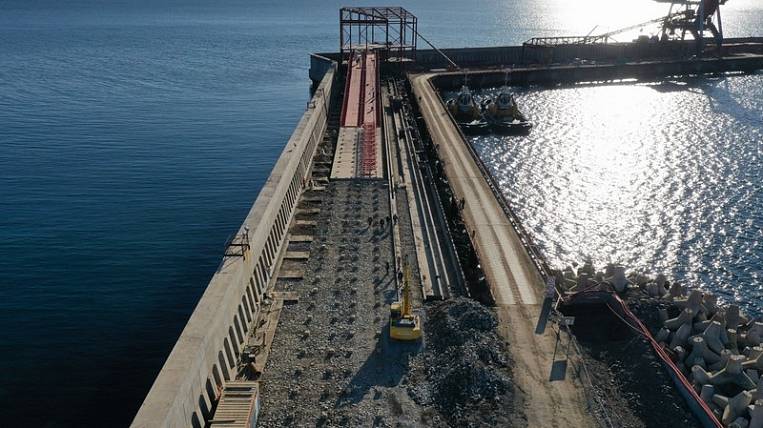 The construction of a transshipment complex in the port of Vanino in the Khabarovsk Territory will be financed by the state corporation VEB and VTB Bank. The corresponding loan agreement was signed with them by the company Vanino TransUgol, which is part of the Kolmar group. Investments to complete the project are attracted on the principles of a “project finance factory”.

According to the press service of the coal mining company, VEB, through lending, will finance a third of the cost of the project for the construction of the first stage of the terminal. Now the work is at the final stage, the installation of technological equipment and commissioning is in progress. The input is scheduled for 2020 year. Cargo turnover will amount to 12 million tons of coal, 600 new jobs will appear.

The company intends to build a second phase, which will increase coal turnover to 24 million tons per year. According to experts, the facility meets the highest international environmental safety requirements and will be included in the top 5 of Russian coal terminals. In addition to production facilities, coal miners are also working on creating social infrastructure. Service housing is being built in the district, work is being carried out with educational institutions to replenish the personnel reserve.

Interview On its build ...