Notice: curl_setopt(): CURLOPT_SSL_VERIFYHOST no longer accepts the value 1, value 2 will be used instead in /home/admin/web/eastrussia.ru/public_html/gtranslate/gtranslate.php on line 101
 Kim Jong-un's visit to Vladivostok captured on a memorial plaque - EastRussia | Far East
News February 27 2020
04:19 Accounts Chamber: ASEZs in the Far East contribute to the outflow of money
Jewish Autonomous Region 04:00 Three PRC citizens released from coronavirus quarantine in EAO
03:41 Russia will extend introduction due to coronavirus restriction


06:34 The central bank will reset commissions for banks in the quick payment system
Amur Region 06:12 Seven passenger trains are delayed due to an accident in the Amur region
More news
Media News2
HOME News 21.06.2019 08:45

Kim Jong-un's visit to Vladivostok captured on a memorial plaque 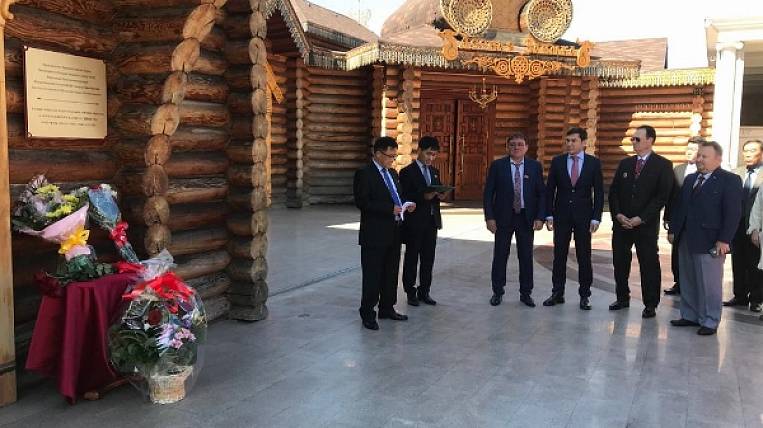 A memorial plaque was opened in honor of the North Korean leader, who visited the seaside capital in April of this year, during a meeting with Russian President Vladimir Putin. It was installed on the territory of one of the suburban complexes of Vladivostok

According to the press service of the regional branch of United Russia, a memorial plate was placed opposite another memorial plaque - in honor of the arrival of the previous DPRK leader Kim Jong Il. He traveled to the Far East in 2002.

The meeting between Vladimir Putin and Kim Jong-un was held in Vladivostok in April of this year and became first personal. For about an hour, the leaders of the countries discussed issues of cooperation and solving the situation on the Korean Peninsula one-on-one, and then held talks in an expanded format.