Notice: curl_setopt(): CURLOPT_SSL_VERIFYHOST no longer accepts the value 1, value 2 will be used instead in /home/admin/web/eastrussia.ru/public_html/gtranslate/gtranslate.php on line 101
 Vladivostok will receive two electric buses from Moscow region - EastRussia | Far East
News January 24 2020
17:27 In Russia, they want to reduce the tax for receiving accumulated pension
16:04 Russian cadets will take part in the celebration of the Republic of India Day
15:08 The enterprises of the military-industrial complex will write off debts


Khabarovsk Krai 06:19 Global cultivation of ginseng will be in the Khabarovsk Territory
06:00 Experts have calculated savings on a mortgage with Putin's support measures
More news
Media News2
HOME News 04.12.2019 02:34

Vladivostok will receive two electric buses from the Moscow region 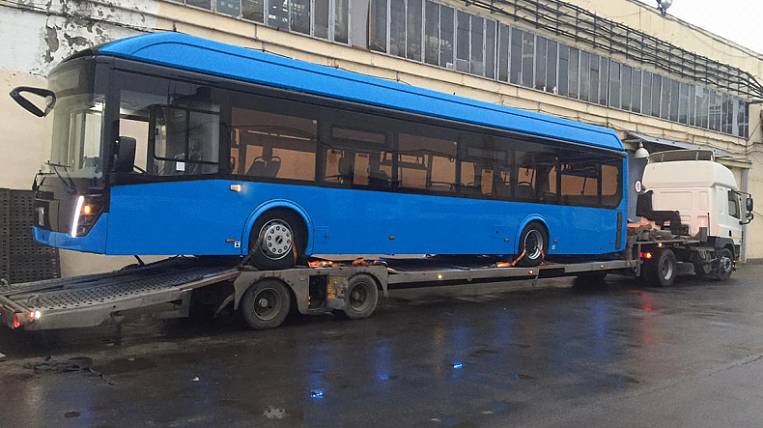 Two large low-floor electric buses with a capacity of 85 people purchased by the Vladivostok administration should arrive in Primorye by mid-December. Together with them, a charging station will be delivered to the city.

On November 29, electric buses were sent from the city of Likino-Dulyovo, Moscow Region; in Primorye, they should arrive by December 15. According to the head of the transport department, Alexander Ivanov, the supplier was a little late with the delivery time, so he will pay a penalty.

As the press service of the Vladivostok administration reports, each electric bus is equipped with a heating system, air conditioning, a running line, sound warning systems and GLONASS. It is planned that they will work on the route Lugovaya - Railway Station. A charging station will be installed on Novoivanovskaya Street.

The first electric bus was delivered to Vladivostok