Notice: curl_setopt(): CURLOPT_SSL_VERIFYHOST no longer accepts the value 1, value 2 will be used instead in /home/admin/web/eastrussia.ru/public_html/gtranslate/gtranslate.php on line 101
 The authorities of the Khabarovsk Territory responded to the charges of Aeroflot - EastRussia | Far East
News January 18 2020
The Republic of Sakha (Yakutia) 10:33 A private concessionaire was chosen for the construction of a bridge across the Lena
January 17 2020
17:43 Banks reduce mortgage requirements
14:30 Putin's rating increased after the announcement of the message


Irkutsk Region 07:08 4 billion rubles will be required for the resettlement of floaters in the Angara region
06:46 The human factor could cause an emergency with SSJ 100 in Domodedovo
More news
Media News2
HOME News 29.05.2019 13:39 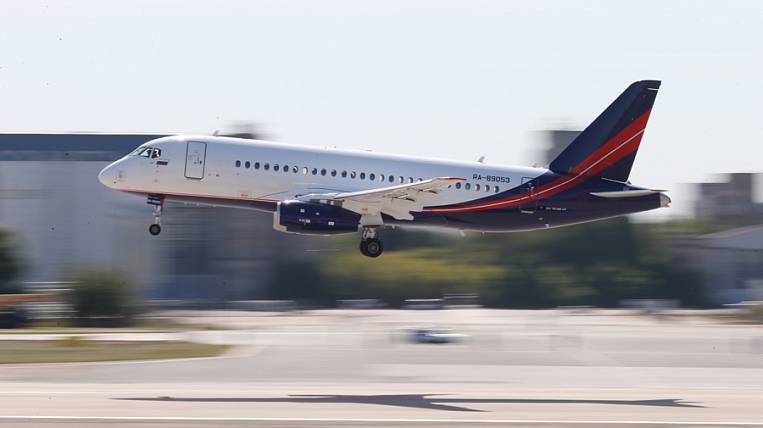 The Minister of Transport of the Khabarovsk Territory, Valery Nemytov, responded to Aeroflot’s statement about the pressure of the Khabarovsk Territory Governor Sergey Furgal on the IAC Commission and the result of investigating the causes of the SSJ 100 disaster at Sheremetyevo Airport. The head of department noted that the authorities of the region do not accuse anyone of the tragedy.

“We in no way blame Aeroflot and its employees, nor Sheremetyevo Airport. We are waiting for the official IAC report, only then it will be possible to talk about the cause of the disaster. But again, not about wine. The blame is already established by the investigating authorities, which have the full report of the IAC on their hands, ”said Valery Nemytov.

According to him, the governor was based on an official document with flight safety information No. XXUMX from the deputy head of the Federal Air Transport Agency. According to him, the plane got into a thunderstorm, radio communication refused, the crew got into a special case of flight. According to the minister, the plane was unevenly falling, with great speed, there was a “goat” when landing and the destruction of the landing gear, which damaged the fuel system. As the engines worked, there was a fire, people died.

This week, Governor Sergei Furgal in an interview with a local television station, said that he had received an official conclusion - the plane was in perfect technical condition, it worked 100% human factor. After that, Aeroflot demanded to provide documents about this or to refute the information. Such statements the airline considers pressure on the MAC and consequence.