Notice: curl_setopt(): CURLOPT_SSL_VERIFYHOST no longer accepts the value 1, value 2 will be used instead in /home/admin/web/eastrussia.ru/public_html/gtranslate/gtranslate.php on line 101
 In Vladivostok, you need to rebuild the bridge after the departure of typhoon "Linlin" - EastRussia | Far East
News January 27 2020
Magadan region 16:31 The new Mi-8 helicopter received the Magadan region
Sakhalin Region 16:20 Former bribe convicted former head of Korsakov on Sakhalin
16:09 Ministry of East Development will evaluate the effectiveness of the Far Eastern governors

In Vladivostok, you need to rebuild the bridge after the departure of typhoon "Linlin" 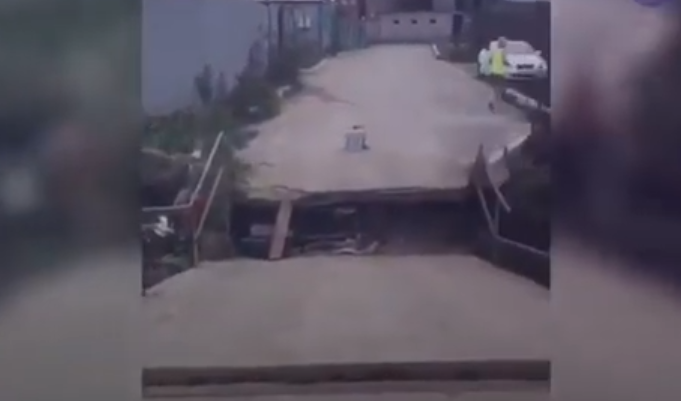 In Primorye, the consequences of the weather are eliminated. Typhoon "Linlin" who came to the region from the Philippine Sea this weekend brought down one of the automobile bridges in Vladivostok. No one was hurt, however, limited communication with one of the districts of the city.

As follows from the information posted on the website of the City Hall of the Far Eastern capital, the bridge collapsed in the area of ​​Shchitovaya Street. During the incident, there were no vehicles or pedestrians on it. Now residents are taking a detour to drive to their homes. And in the city administration of roads they carry out calculations and paperwork to begin repairing the crossing.

In addition, during the typhoon revelry in Vladivostok, more than 120 trees fell. Some of them blocked the city highways, and emergency teams had to urgently clear the passage. Linlin is the fourth typhoon to hit the region in the past two months. 8 September he began to shift towards the Khabarovsk TerritoryAs a result, more than eight thousand people were left without electricity.