Notice: curl_setopt(): CURLOPT_SSL_VERIFYHOST no longer accepts the value 1, value 2 will be used instead in /home/admin/web/eastrussia.ru/public_html/gtranslate/gtranslate.php on line 101
 Possible construction of new ferries for the line Vanino - Kholmsk - EastRussia | Far East
News February 28 2020
Primorsky Krai 11:59 Preparations for WEF 2020 began in Primorye
11:25 Experts have estimated the possible loss of the budget due to the abolition of tax for the poor
10:24 Over a thousand hectares reported on land use

Possible construction of new ferries for the line Vanino - Kholmsk 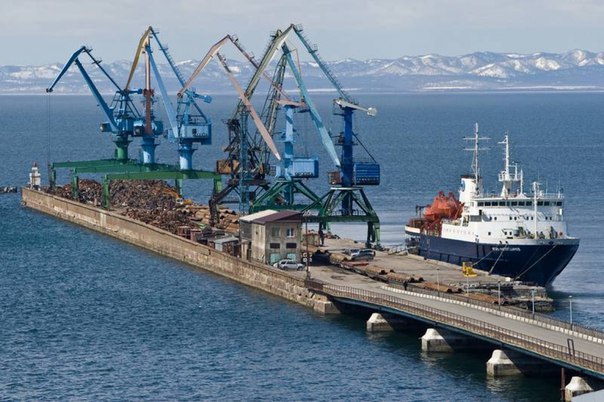 Photo: khabara.ru
PJSC "State Transport Leasing Company" (GTLK) announced a tender for the construction and supply to the city of Kholmsk, Sakhalin Region. two ferries. It is assumed that CNF11CPD ferries, which can accommodate up to 200 people and 32 cars, will transport people in the direction of Vanino-Kholmsk.


The head of the Vaninsky branch of the FSUE "Rosmorport" Leonid Terebizh noted that it is impossible to delay the construction of new ferries, cargo-passenger vessels of the increased ice class are urgently needed.


Acceptance of applications began 21 November and will end on 12 December this year, the construction period for ferries is 3 a year from the receipt of the first advance.
The initial value of the contract - 10 billion rubles for two ferries. This amount significantly exceeds 6,5 billion rubles for construction, which were allocated in 2014 year. Two years ago, a similar competition did not take place.

Following the completion of the order and the delivery of vessels to the territory of Kholmsk, GTLK will hand over the vessels to the leasing company-carrier, which will organize the ferry service between the mainland and the island, said Deputy Minister of Transport of the Sakhalin Region Gennady Kotlikov.


At Khabarovsk Shipyard, it is noted that the company's capacity is not enough to fulfill the order, and the plant is ready to enter into an alliance with the Amur Shipyard for joint implementation.

Sakhalin Kholmsk will get rid of the old CHP 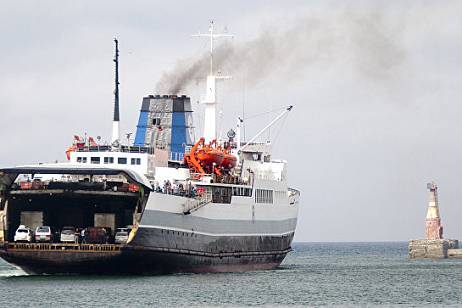