Notice: curl_setopt(): CURLOPT_SSL_VERIFYHOST no longer accepts the value 1, value 2 will be used instead in /home/admin/web/eastrussia.ru/public_html/gtranslate/gtranslate.php on line 101
 Yuri Trutnev praised the work of the “Agricultural Land Bank” in the Far East - EastRussia | Far East
News 01 April 2020
Jewish Autonomous Region 14:50 Quarantine mode introduced in EAO
Jewish Autonomous Region 14:22 The supply of 500 thousand medical masks from China is expected in the EAO
14:05 Symptoms of a coronavirus concern those who apply to the Sberbank hotline 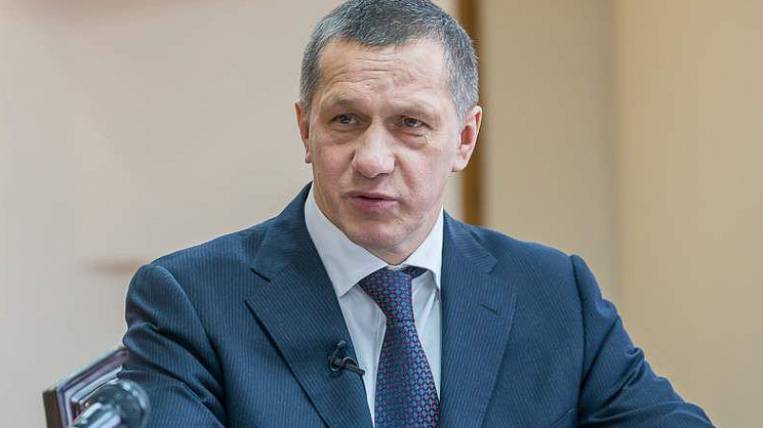 Vice Prime Minister Yuri Trutnev got acquainted with the principle of the “agricultural land bank” in the Far East. It is an electronic map with plots of land that may interest investors in the field of agriculture. The project was developed by decree of the President of the Russian Federation.

“In the Far East, state resources should be used as intended and as efficiently as possible. Land should benefit regions, benefit people. So it should not overgrow with weeds, stand idle due to negligence of tenants. And those investors who want to work, grow crops, and start milk and meat production should receive land, ”said the presidential envoy to the Far Eastern Federal District.

In the near future, a survey of farmland will begin in the Republic of Buryatia, the Autonomous Okrug and the Khabarovsk Territory. "Free" land put on cadastral registration and register ownership. They can be included in the composition of the TOP, which will allow investors to provide land outside the competition.

As for unscrupulous entrepreneurs, they will be presented with claims and a demand within one month to start using the land for its intended purpose. If this is not done, the municipality will be obliged to judicially terminate the lease agreement with it.

Interview The last Robin Hood: "There is no longer doing such a thing!"

Vasily Solkin spoke about his new book, and hinted that he was already writing the following