Notice: curl_setopt(): CURLOPT_SSL_VERIFYHOST no longer accepts the value 1, value 2 will be used instead in /home/admin/web/eastrussia.ru/public_html/gtranslate/gtranslate.php on line 101
 Transbaikalia acquires 15 special vehicles for transporting handicapped groups of citizens - EastRussia | Far East
News January 24 2020
17:27 In Russia, they want to reduce the tax for receiving accumulated pension
16:04 Russian cadets will take part in the celebration of the Republic of India Day
15:08 The enterprises of the military-industrial complex will write off debts


Khabarovsk Krai 06:19 Global cultivation of ginseng will be in the Khabarovsk Territory
06:00 Experts have calculated savings on a mortgage with Putin's support measures
More news
Media News2
HOME News 23.08.2019 07:03 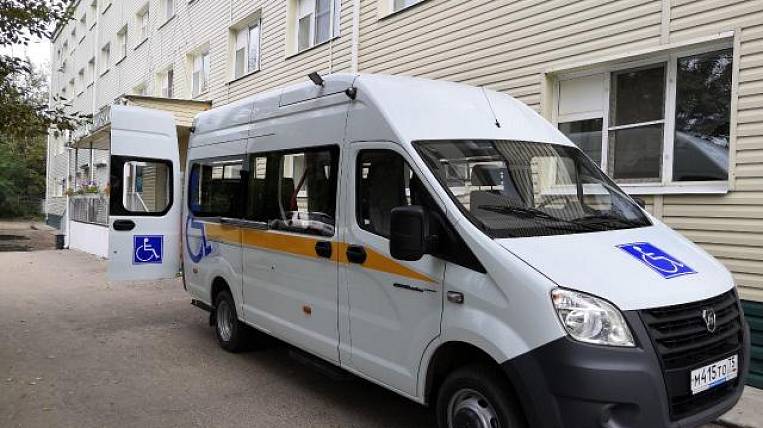 The authorities of the Trans-Baikal Territory purchased 15 vehicles intended for the transportation of handicapped and elderly groups of citizens as part of the national project "Demography". New machines will serve more than 10 of thousands of Transbaikal people over 65 years from 15 districts of the region, delivering citizens from remote settlements to medical facilities.

“The purchase of cars is a big step in introducing a long-term care system not only for citizens living in our institutions, but also for home-based Transbaikal residents,” said Inna Shcheglova, Minister of Labor and Social Protection of the Population of the Trans-Baikal Territory, emphasizing that residents of Trans-Baikal must promptly receive qualified medical care. Six new cars will go to the disposal of mobile teams created in the framework of the national project "Demography", and another five will be handed over to employees of social institutions that help people with limited mobility to move.

Ранее сообщалосьthat within the framework of the Accessible Environment program, the Trans-Baikal authorities allocated over 2 million rubles to municipalities to create a comfortable urban environment for people with limited mobility. These funds will be spent on equipping bus stops, libraries, schools and other social institutions with ramps, handrails and specialized displays.