Notice: curl_setopt(): CURLOPT_SSL_VERIFYHOST no longer accepts the value 1, value 2 will be used instead in /home/admin/web/eastrussia.ru/public_html/gtranslate/gtranslate.php on line 101
 Zabaykalsky village will receive a new modular boiler to the beginning of the heating season - EastRussia | Far East
News February 18 2020
The Republic of Buryatia 18:22 A new walking route along Baikal will be launched in Buryatia
Irkutsk Region 18:07 The sale of alcohol will be limited in Irkutsk
Jewish Autonomous Region 17:57 High alert announced in Birobidzhan


Kamchatka 06:00 12 candidates were selected for the contest for the election of the head of Petropavlovsk
Irkutsk Region 05:37 The prosecutor's office began the search for a source of air pollution in Bratsk
More news
Media News2
HOME News 23.07.2019 09:43 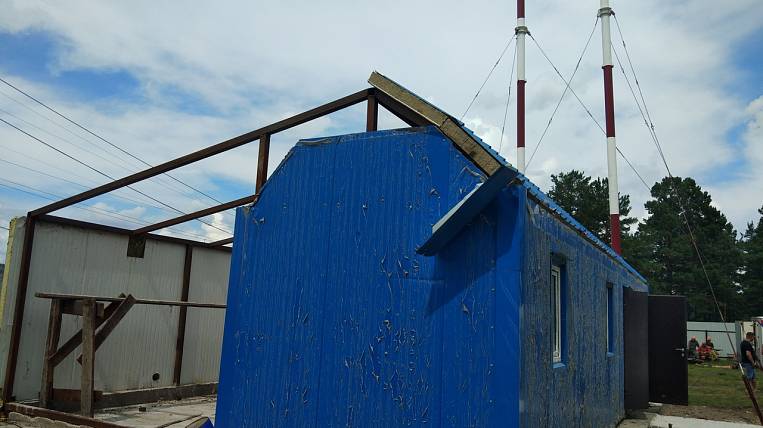 In the Zabaikalsk village of Shara-Gorohon, work is underway to install a new modular boiler house, which will provide 65 houses, a kindergarten and a library with heat. According to information from the contractor, all work on the assembly of premises and installation of equipment must be completed by 1 this September. At the moment, 18-meter chimneys have already been installed, platforms for storing coal and ash are equipped. The new boiler house will have three boilers that will serve three stokers hired from local residents.

Ранее сообщалосьthat the government of the Transbaikal region laid for the preparation of the heating season 250 million rubles in the regional budget. In addition to the construction of new facilities, a major overhaul of 25 km of heat networks will be carried out in municipalities, 90 boilers replaced and 5 km of water supply networks repaired. Also, 11 settlements not provided with centralized power supply will receive autonomous diesel power plants.

Irkutsk region is among the regions with the most scarce budget