Notice: curl_setopt(): CURLOPT_SSL_VERIFYHOST no longer accepts the value 1, value 2 will be used instead in /home/admin/web/eastrussia.ru/public_html/gtranslate/gtranslate.php on line 101
 Customers for the aircraft "Baikal" will be sought in the FEFD - EastRussia | Far East
News January 22 2020
02:03 The State Duma proposed exempting residents of the Far Eastern Federal District from taxes
January 21 2020
22:23 The composition of the new government approved in Russia
Primorsky Krai 21:20 Control over arrivals from China strengthened in Primorye due to virus


Amur Region 12:07 6 million rubles will be spent on accessible environment in schools and kindergartens of the Amur Region
Primorsky Krai 11:47 FEFU scientist wins silicone development grant
Amur Region 11:39 The deputy chairman of the government was replaced in the Amur region
Khabarovsk Krai 11:21 Head of forest management in Khabarovsk Territory suspended from work
The Republic of Sakha (Yakutia) 11:13 In Yakutia completed the construction of a road lasting 20 years


Primorsky Krai 11:05 Part of the new denouement will be launched in Vladivostok in 2020
Primorsky Krai 10:53 Aqua farm on Russky Island will operate in TOP mode
Amur Region 10:02 Dangerous Hong Kong flu virus detected in Amur region
09:26 The most popular foreign cars of 2019 named in Russia
Khabarovsk Krai 09:25 The prosecutor’s office began a check after an energy accident in the Khabarovsk Territory

Customers for the aircraft "Baikal" will look in the DFO 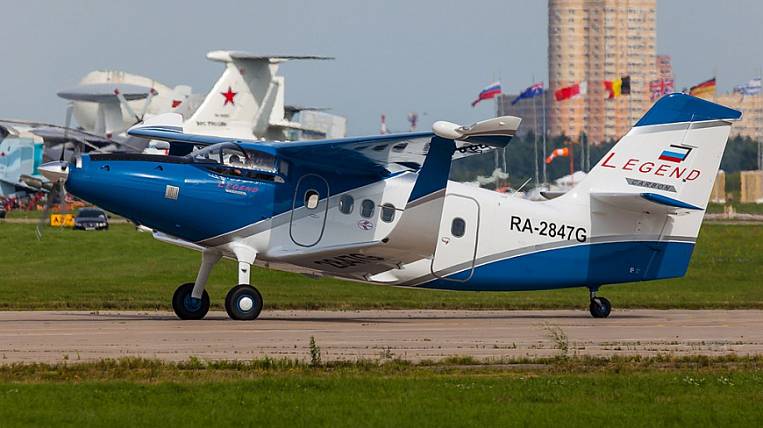 The Far East Agency will be able to find customers of the Baikal light aircraft in the DFO for attracting investments and export support (ANO API). Aircraft suitable for remote and inaccessible areas.

According to TASS The head of the IPA, Leonid Petukhov, as part of the St. Petersburg International Economic Forum, now Russia's need for such aircraft is no less than 100 units. The experimental series will be released no earlier than 2021, the preparation of the necessary documentation is underway. Will produce the first series at the Ulan-Ude Aviation Plant.

"Baikal" should be a replacement for An-2 aircraft. It is planned to use it for flights to remote settlements, for extinguishing forest fires, for agricultural work. Earlier, Deputy Prime Minister - Plenipotentiary of the President in the Far Eastern Federal District Yury Trutnev declared that “Baikal” could be used for regional airlinewhich they plan to create in the Far East.