Notice: curl_setopt(): CURLOPT_SSL_VERIFYHOST no longer accepts the value 1, value 2 will be used instead in /home/admin/web/eastrussia.ru/public_html/gtranslate/gtranslate.php on line 101
 Former Mayor of Vladivostok called the arrest of Vostokcement accounts for the seizure of business - EastRussia | Far East
News February 21 2020
Trans-Baikal Territory 03:39 Conscripts withdrew claims in hazing case regarding Shamsutdinov
03:17 Siluanov: Russia's economy is losing 1 billion daily due to coronavirus
Kamchatka 03:00 The earthquake woke the inhabitants of Petropavlovsk-Kamchatsky


Kamchatka 13:27 Trutnev: Kamchatka pulls the Far East back
Primorsky Krai 12:16 Shoot wild boars due to ASF virus going in Primorye
11:45 Airlines will receive compensation for the suspension of flights to China
Primorsky Krai 11:11 Emergency warning announced in Primorye
Kamchatka 10:33 Trutnev demanded to name the dates for the construction of a hospital in Kamchatka


09:39 Putin: Mishustin was not among the candidates for the post of head of government
Primorsky Krai 08:55 The mayor of Artyom resigned due to complaints from residents
More news
Media News2
HOME News 25.06.2019 08:32 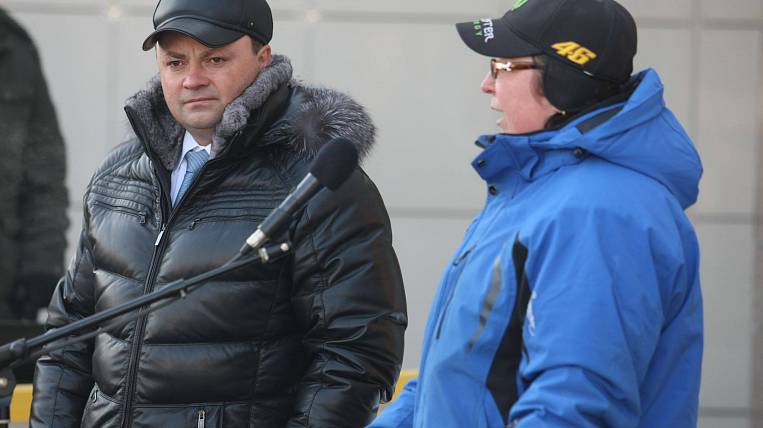 The former head of Vladivostok, Igor Pushkarev, commented on the actions of the General Prosecutor's Office of the Russian Federation, which seized the accounts of his company. He stated that the arrest is legally unfounded and looks more like a business takeover.

“Yes, now, as they say, the true goals of those behind my cause have been revealed. This goal is the seizure of the business that I created and which I managed before I was elected head of Vladivostok, ”he said on his page Facebook Igor Pushkarev.

Recently, the Prosecutor General's Office through the Basmanny District Court of Moscow arrested accounts Group "Vostokcement" because of the Pushkarev case. This may lead to the fact that five thousand families in Primorye, the Jewish autonomy and Yakutia may be left without livelihoods. In the JAR, the enterprise of the Pushkarev group - “Teploozersky cement plant” decided to transfer the salary through court orders.

Igor Pushkarev himself in April sentenced to 15 years high security colonies. The former mayor of Vladivostok was found guilty of distributing federal funds allocated for the development of city roads between companies controlled by himself. The total amount of contracts is 1,2 billion rubles. At the same time, the ex-head of the city received bribes from Vostokcement belonging to him.