Notice: curl_setopt(): CURLOPT_SSL_VERIFYHOST no longer accepts the value 1, value 2 will be used instead in /home/admin/web/eastrussia.ru/public_html/gtranslate/gtranslate.php on line 101
 Law recognizes dilapidated housing in Russia habitable - EastRussia | Far East
News February 23 2020
22:50 MTPL policy fell by 2,8%
Khabarovsk Krai 22:21 Sturgeons seized 80 million rubles from poachers in the Khabarovsk Territory
The Republic of Buryatia 21:59 Coronavirus suspected of a resident of Buryatia

The law recognizes dilapidated housing in Russia suitable for life 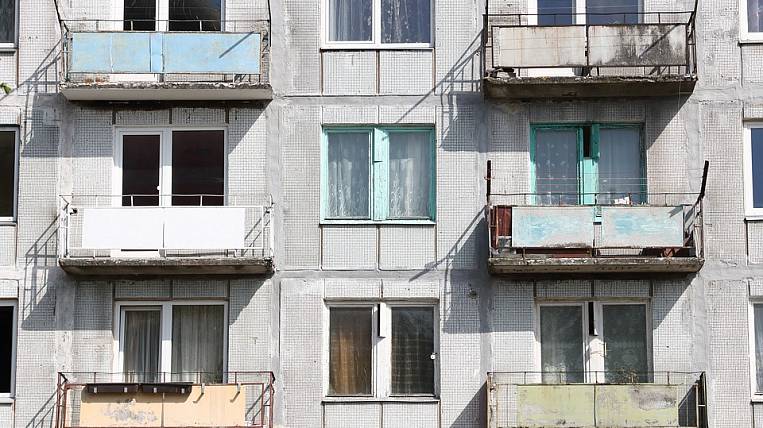 The Russian government is preparing to change the mechanisms of resettlement from emergency housing. According to the draft amendments it is supposed to fix in the law the concept of “dilapidated housing” Since, unlike emergency, it does not create a threat to the life and health of citizens, it will continue to be exploited and included in the overhaul program.

As reported "News", the work on amendments to the Housing Code and the Law on the Fund for Assistance to the Reform of Housing and Communal Services is planned to be completed by the end of June. After that, the document will be submitted to the State Duma. Some experts are sure that it is too late to patch holes in the current mechanism - it’s time to change its paradigm.

The document provides not only the consolidation of the concept of “dilapidated housing”, but also a number of state support measures. It will provide investors who want to build new facilities on the site of the wreck, and for residents of homes being resettled. According to the head of the Ministry of Construction of Russia Vladimir Yakushev, the amendments will also allow minimizing abuses by local administrations and developers during the resettlement of entire plots. The law clarifies that all the money from the sale of the site must return to the program of demolition of emergency housing.