Notice: curl_setopt(): CURLOPT_SSL_VERIFYHOST no longer accepts the value 1, value 2 will be used instead in /home/admin/web/eastrussia.ru/public_html/gtranslate/gtranslate.php on line 101
 Plant in Primorsky Krai received a soft loan within the framework of the national project - EastRussia | Far East
News January 24 2020
17:27 In Russia, they want to reduce the tax for receiving accumulated pension
16:04 Russian cadets will take part in the celebration of the Republic of India Day
15:08 The enterprises of the military-industrial complex will write off debts


Khabarovsk Krai 06:19 Global cultivation of ginseng will be in the Khabarovsk Territory
06:00 Experts have calculated savings on a mortgage with Putin's support measures
More news
Media News2
HOME News 18.07.2019 10:44 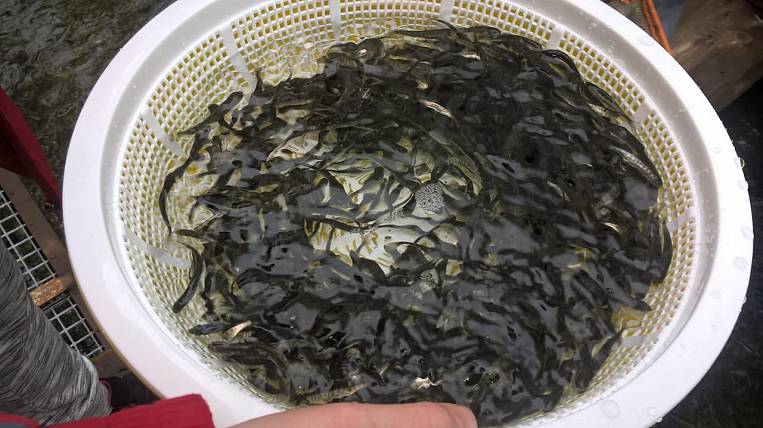 The fish breeding plant in the city of Dalnegorsk, Primorye Territory, received a loan at 3,75% per annum. The funds were issued by the Microcredit Company, which was established by the government of the region.

Money - 4,5 million rubles will be spent on expanding the incubation capacity of the plant and on the purchase of industrial fishing equipment for chum, reports Primorskaya Gazeta. The more fry will release the enterprise, the more adult individuals will return back to spawn. At the plant they dream of gradually creating their own salmon herd and reviving the red fish industry in the north of Primorye.

The loan was issued by the Microcredit Company, which was established as part of the national project “Small and Medium-Sized Business and Support for an Individual Entrepreneurial Initiative”. Applications to it were submitted by 40 entrepreneurs, and now they are waiting for a decision.

Special conditions have been created for single-industry towns such as Spassk-Dalniy, Dalnegorsk, Arsenyev and others. If the company works in the priority direction of the economy, it can get a loan with the 3,75% rate.