Notice: curl_setopt(): CURLOPT_SSL_VERIFYHOST no longer accepts the value 1, value 2 will be used instead in /home/admin/web/eastrussia.ru/public_html/gtranslate/gtranslate.php on line 101
 Investor will find investor in concrete plant in Khabarovsk Territory - EastRussia | Far East
News January 22 2020
Khabarovsk Krai 11:38 Energy accident in Khabarovsk Territory liquidated by the end of the week
11:26 The new system of pension savings can earn in 2022
Amur Region 11:16 Deputy Mayor replaced in Blagoveshchensk


04:30 Named the profitable ways to buy dollars for rubles
Khabarovsk Krai 04:19 The authorities of the Khabarovsk Territory are ready to get rid of an expensive yacht at half price
More news
Media News2
HOME News 10.12.2019 07:26

Concrete products plant in Khabarovsk Territory will find an investor 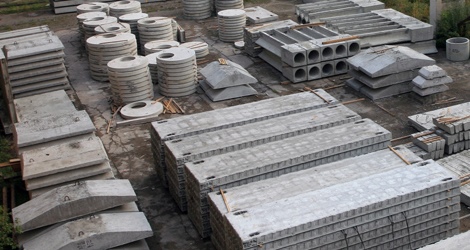 Due to the bankruptcy procedure of the GVSU No. 6 (ex-Dalspetsstroy), its subsidiary Khabarovsk Reinforced Concrete Plant temporarily suspended its work. He will be put up for auction to pay off debts to creditors. To save the enterprise he will find an investor.

The plant will be put up for auction after five to six months after completion of procedures related to bankruptcy proceedings. According to Nikolai Savchenko, chief engineer of the GVSU No6, potential tenants have an interest in the enterprise. Assistance in finding a potential investor will be provided by the regional authorities.

According to the press service of the regional government, according to the data on 1 of December, there were 410 people at the plant, after the suspension of work, 152 employees remained on the staff, however, on December 9, 144 specialists stopped working relations. About 120 specialists plan to hire a new tenant of the plant’s production facilities - one of the largest construction companies in Khabarovsk. She will use the capabilities of the enterprise for the construction of five panel houses.