Notice: curl_setopt(): CURLOPT_SSL_VERIFYHOST no longer accepts the value 1, value 2 will be used instead in /home/admin/web/eastrussia.ru/public_html/gtranslate/gtranslate.php on line 101
 Primorye residents will be paid for pigs destroyed due to ASF - EastRussia | Far East
News January 22 2020
Irkutsk Region 23:15 Payment of regional materiel will be extended in Angara
22:37 Many parents want to send to retire earlier
21:40 Putin called for a review of the composition of the consumer basket


The Republic of Sakha (Yakutia) 07:00 The head of Yakutia opposed synthetic diamonds for ALROSA
Primorsky Krai 06:48 The head of the Ministry of Finance was appointed in the Primorsky Territory
More news
Media News2
HOME News 18.11.2019 05:16

Primorye residents will be paid for pigs destroyed due to ASF 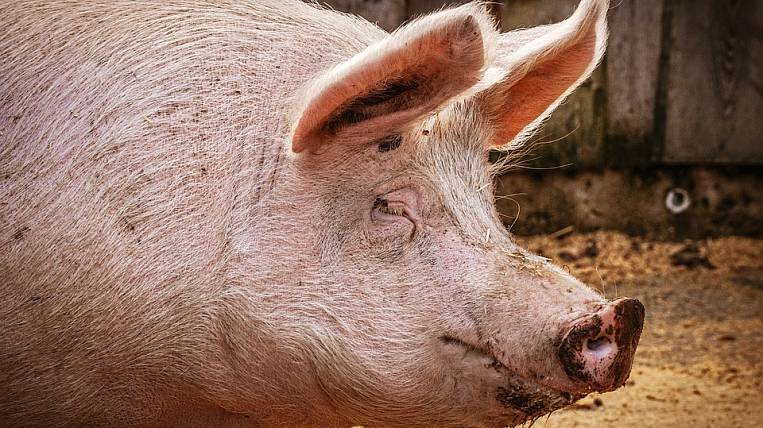 Residents of Primorye, whose animals were seized and destroyed as a result of the African swine fever (ASF), will be paid compensation. Their total amount will be 40,3 million rubles.

Compensation has already received more 100 people. They were paid 15,7 million rubles from the regional budget.

According to the press service of the regional administration, ASF is now recorded in the wild of the Khankaisky, Krasnoarmeisky, Pozharsky districts, Lesozavodsky urban district, as well as in a personal subsidiary farm in the village of Pozharsky. To prevent the spread of the disease, residents of Primorye were recommended to reduce the number of pigs in their farms.

In July, African swine fever was discovered in one of the farms of the Border region. Since early August foci of ASF were recorded in the Border, Red Army, Dalnerechensky districts, as well as in Dalnerechensk. According to experts, the source of infection was wild boars that came from China.