Notice: curl_setopt(): CURLOPT_SSL_VERIFYHOST no longer accepts the value 1, value 2 will be used instead in /home/admin/web/eastrussia.ru/public_html/gtranslate/gtranslate.php on line 101
 Polar bears threaten villagers in Chukotka - EastRussia | Far East
News January 22 2020
Khabarovsk Krai 11:38 Energy accident in Khabarovsk Territory liquidated by the end of the week
11:26 The new system of pension savings can earn in 2022
Amur Region 11:16 Deputy Mayor replaced in Blagoveshchensk


04:30 Named the profitable ways to buy dollars for rubles
Khabarovsk Krai 04:19 The authorities of the Khabarovsk Territory are ready to get rid of an expensive yacht at half price
More news
Media News2
HOME News 06.12.2019 11:21 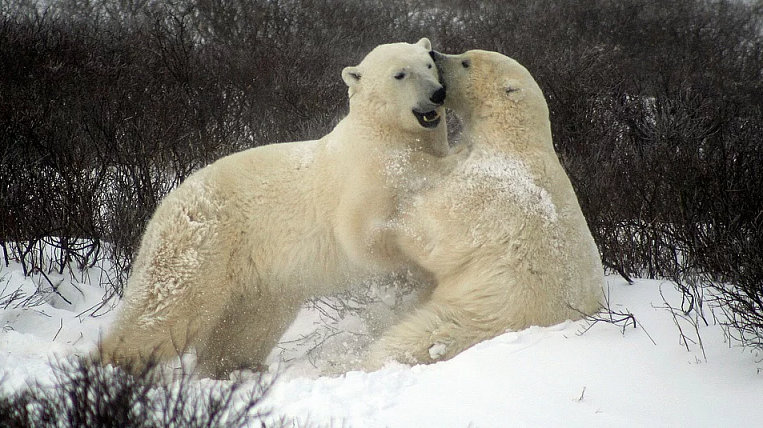 Polar bears threaten the inhabitants of the village of Ryrkaipiy of the urban district of Egvekinot in Chukotka. Not far from the settlement, over 50 animals have accumulated on Cape Kozhevnikov. The authorities had to organize patrols of the territory with the involvement of police, border guards and volunteers.

According to the press service of the government of the Chukotka Autonomous Okrug, a similar situation is not the first time. Predators wait until the sea freezes to get to the seal rookery and start hunting for them. At the Institute of Biological Problems of the North, Far Eastern Branch of the Russian Academy of Sciences, it was noted that clearly emaciated bears were not observed in the group.

The village is currently under patrol. Canceled all social events. Residents are warned about security measures. In the case of the approach of polar bears to the village, they will be scared away with the help of equipment and raised fires.