A key to development 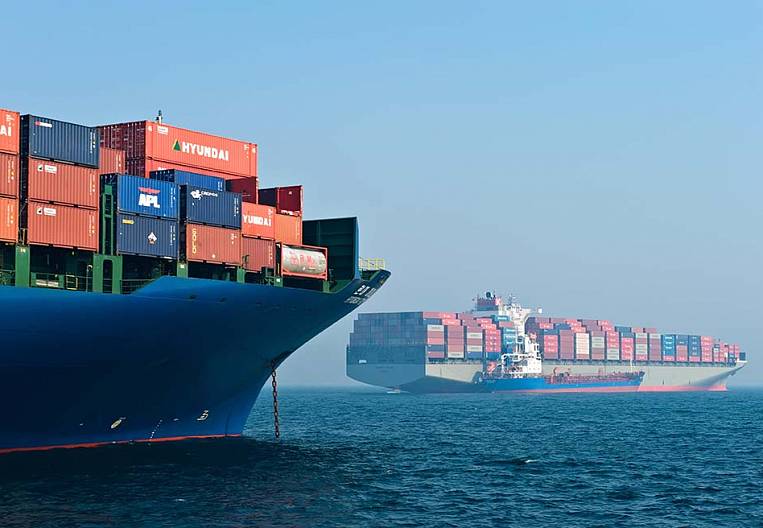 The ability to provide transportation and logistical opportunities to foreign companies is a serious challenge for domestic industry, which, however, opens up great prospects for the development of the entire country and of the Far East in particular.

The proximity to Asia-Pacific countries and China, one of Russia’s main foreign trade partners, gives the Far East a unique set of advantages in terms of logistics. Thanks to its geographical location, the Far East has traditionally played the role of a transit region and has been gradually boosting its own exports. Today, however, by no means all of its possibilities are used due to the insufficiently developed transport infrastructure. At the same time, over the past few years, the Far East has seen, if not a boom in logistics but definitely a sharp increase in the number of projects related to the development of transport and warehouse logistics. Advanced Special Economic zones, free ports and other projects initiated by the federal and regional authorities have greatly contributed to this.

The turnover statistics of freight for Far Eastern ports and railways clearly demonstrates the important and growing role of a macro-region in the general logistical flow of Russia. Right now, Far Eastern Railways account for 36 % of the exported freight for the country’s entire railway network, while 10 years ago their share was only 22 %. During the first six months of 2016, the Far Eastern Railways had a freight load of 23.8 million tons that is 2.4 % less than during the same period the year before, which corresponds to the prevailing trends in Russia as a whole. However, its freight turnover in the first half of 2016 grew to reach 95.3 billion tariff ton-km (+6 % year-on-year), and the turnover that includes unladen car mileage reached 124.7 billion ton-km (+6 %).

We see good dynamics of freight turnover in the ports of the Far Eastern basin, which account for about 26.37 % of the total freight turnover of Russian ports. During the first half of 2016, the ports of the Far East showed a 9.5 % increase in turnover up to 90.88 million tons, of which the volume of trans-shipment of dry cargo amounted to 53.7 million tons (+ 15 %) and liquid cargo to 37.1 million tons (+ 2.3 %). At the same time, all the major ports in the Far Eastern basin have shown growth in trans-shipment. The largest volume of cargo turnover was recorded in the Vostochny port in Primorye (33 million tons; growth of 2.9 %), followed by the Port of Vanino in Khabarovsk Territory (15.2 million tons; + 13.9 %) and two more ports in Primorye: Nakhodka (11.8 million tons, +15.7 %) and Vladivostok (6.9 million tons, + 13.1 %). A particular role in the Far East is given to the Kozmino terminal (part of the Vostochny port) which has become the most important oil export port on the Pacific coast of Russia and the end point of the pipeline “Eastern Siberia – Pacific Ocean”. China continues to use this port to procure a major portion of its oil in Russia. Many ports are carrying out a process of modernization, which will allow them to increase their through traffic capacity and to grow freight turnover.

One of the biggest priorities in the development of transport infrastructure at the moment is to establish communication between the Far East and North-Eastern China.

The most important and ambitious project was the creation of the international transport corridors of “Primorye-1” and “Primorye-2”. The corridor “Primorye-1” connects Chinese Harbin, capital of Heilongjiang Province, and the Russian ports of Vladivostok, Nakhodka and Vostochny in Primorsky Territory. “Primorye-2” stretches from the Chinese border town of Hunchun to the nearby Russian ports of Zarubino and Posyet. The project requires a major upgrade of the Port of Zarubino for which purpose Summa Group launched the “Big Zarubino” project with planned investments of over 200 billion rubles. It is expected that Zarubino will be used for cargo transit from the northeastern Chinese provinces to the eastern and southern regions of China.

The construction of the transport corridors will provide the Primorsky Territory and the Far East in general with competitive advantages in the international transit market and contribute to the development of internal Russian transportation services. It is expected that by 2030 the freight turnover along the “Primorye-1” and “Primorye-2” corridors may reach 45 million tons of which 23 million tons of grain, soybeans, corn, and the remaining 22 million tons of containers. Apart from that, the federal government came up with the idea of building a super high-speed transport system, Hyperloop, connecting the port of Zarubino and the border of China. Recently, the Chinese Ministry of Transport supported this idea, so the appearance of Hyperloop within the framework of “Primorye-2” seems a realistic project and will help to further increase the efficiency of the transport corridor.

Another important infrastructure project that has finally entered the implementation stage is the construction of bridge crossings across the Amur River between Russia and China. One of them links Tongjiang City in the Chinese province of Heilongjiang and the Russian port Nizhneleninskoye in the Jewish Autonomous Region. China has completed the construction of its part of the bridge, and Russia plans to complete construction by the beginning of summer 2018. This bridge is required for exporting iron ore concentrate from the Kimkano-Sutarskoye mining complex, the largest mining enterprise in the JAR expected to reach its projected capacity in the years ahead. In the Amur Region, a project of a highway bridge is underway to connect Blagoveshchensk and Heihe in China. The project was first mentioned in 2011 but a relevant concession agreement has been only recently signed, whereby the bridge is to be built in three years, by 2019. The construction of this bridge will help strengthen trade and economic relations between the border areas, and contribute to the development of tourism which is what the Amur Region authorities are focusing on.

The development of the Northern Sea Route could be a separate topic for discussion. The freight traffic via the NSR grows every year from 2.6 million tons in 2013 to 5.43 million tons in 2015. The main advantage of the NSR is the considerable amount of time saving compared with, for example, the popular Shanghai-Rotterdam route.

At the same time, in view of the difficult climatic conditions, the NSR could hardly compete with the Suez Canal and attract a large number of foreign companies, but for Russia this route creates many advantages for the country’s internal traffic, ranging from reduced delivery times to delivering supplies to remote northern territories and the development of the Arctic region as a whole, which the Russian government has focused a lot on in recent years. Together with analytical centers, the federal government is working on a concept for the development of the NSR, to be presented at the Eastern Economic Forum this year.

Therefore, the NSR is yet another important logistical vector in the Far East that has so far accounted for the least developed and least used share of it. But the existing development plans for the eastern part of the NSR and, in particular, the conversion of Petropavlovsk-Kamchatsky into a powerful port complex and the eastern gateway to the NSR, may change the situation.

This, in turn, facilitates the development of warehouse logistics and promotes the use of free ports and Advanced Special Economic zone mechanisms. Of particular importance is the introduction of a new regime of free ports in Russia intended to create favorable financial opportunities for investors working in the most important seaports of the Far East.

Of the 52 companies having resident status in the Free Port of Vladivostok, 18 % are focused on logistical projects. It’s a significant figure, although within the framework of a free port the share of logistics companies could be higher (projects in the industrial sector are still the most popular and comprise 39 % of all residents). “Aviapolis Yankovsky” can be pointed out as a milestone project (with investments of 1 billion rubles) and warehouse premises occupying more than 92 hectares.

The Primorsky Territory continues to be the leader for the development of warehouse infrastructure in the macro-region. However, the ongoing spread of the free ports regime in the Port of Vanino in Khabarovsk Territory, the Port of Korsakov in Sakhalin Region, the Port of Petropavlovsk-Kamchatsky in Kamchatka Territory and the Port of Pevek in Chukotka has contributed to the further development of the logistical system of the Far East and the inflow of investments into the relevant ports. In this way, a support network of free ports is being formed, stretching across nearly all of the coastal regions of the Far East. The Port of Vanino boasts the biggest potential with 15 resident companies expressing interest by offering a total of 70 billion rubles worth of investments. Vanino is the final point of the Baikal-Amur Mainline; new terminals are being built in this port complex, that are intended mainly for exporting coal from Yakutia.

Quite a lot of logistical projects are being implemented within the framework of Advanced Special Economic zone (ASEZ), where the leading position is held by ASEZ “Nadezhdinskaya” in the Primorsky Territory, that primarily focuses on transportation and logistical services. A multi-modal transport and logistics complex will be built here that will be attributable to the “Primorye-1” corridor. One of the projects to be implemented in this ASEZ is concentrated around the transport and logistical complex “Southern Primorsky Terminal” (total investments of 8.5 billion rubles) which is planned to be developed as a dry port. The ASEZ “Khabarovsk” also specializes in transport and logistics, it is where the industrial-logistical park project “Avangard” will be realized on a territory of 51.7 hectares.

Thus, the logistics sector in the Far East is on the rise and is going in two directions in terms of development: transportation services and warehousing. The implementation of logistical projects will be one of the drivers of growth in the regional economy of the Far East, promoting better integration of Russia with China and other Asia-Pacific countries. The creation of transportation corridors and cross-border bridges, as well as the construction of warehousing infrastructure allows for the creation of a single economic zone, connecting Northeastern China and the southern part of the Russian Far East. Currently, the main logistics hub is located in the Primorsky Territory, however with the implementation of free ports and “ASEZs” there is potential for other regions, especially the Khabarovsk Territory. Taking into account all the announced initiatives, the Far East has every chance to become the largest transportation and logistics hub of the country.